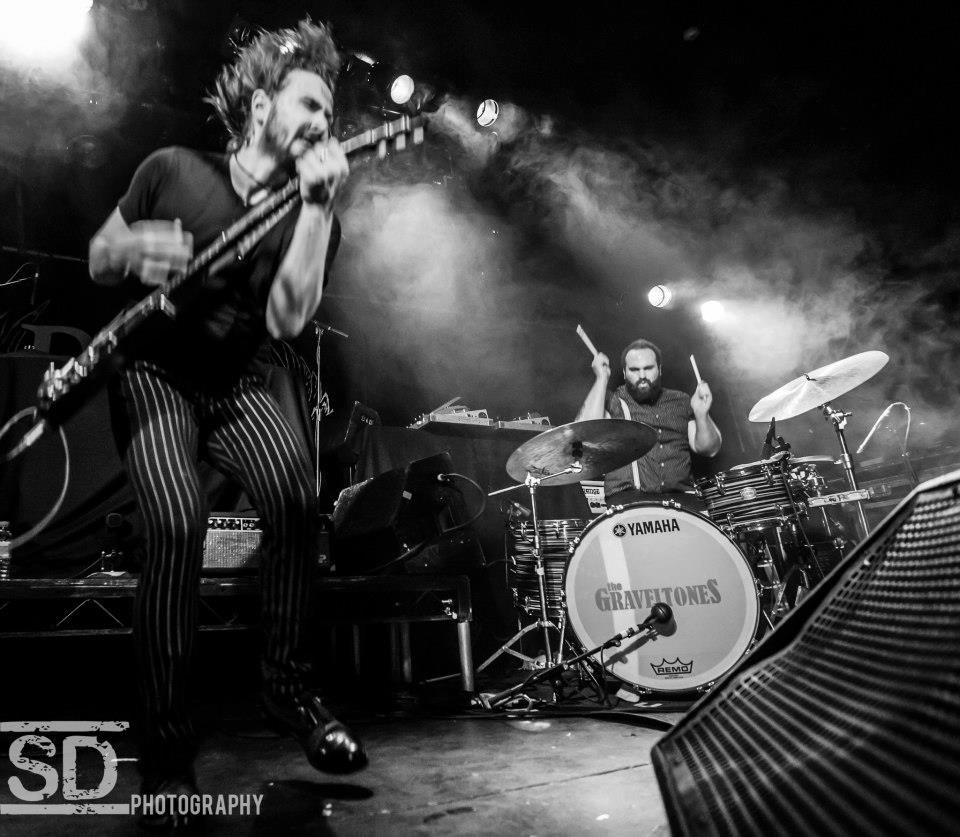 The Graveltones (http://www.thegraveltones.com), the next great band to follow,  it seems that everybody in UK is talking about them….. an incredible sound and an amazing energy!

Soon they will be on tour…don’t miss them…

RYL: the history of The Graveltones started two years ago in London , how was your life before getting up to the stage? You are from Australia isn’t ?

G: We’ve both been in and out of bands for years now, before we met we were both playing regularly in Australia and then London, both our lives has centered around music since being teenagers.

RYL: How you ended up selecting the name of the band?

G: It was never really a big deal I was trying to put something together and needed a name so I wrote a bunch down on a piece of paper and then forgot about it, a week later I picked it up and the name just jumped out above the rest.

RYL: “I want your love” is the most popular of your songs, can you tell us a bit more about how its lyrics have been written?

G: They just fell out on the page one day and seemed to work, one of those songs that didn’t need any over thinking or changing, just wrote itself.

RYL: Who are the artists that you like the most? How important has been their music in to your life?

G: Lyrically Bob Dylan has influenced me more than anyone but as for music we both listen to a lot of different styles, we’re inspired by whatever we’re listening to at the time, most music can inspire you one way or another.

RYL: “Right off the shelf” is our favourite song extracted from your EP “The Graveltones”, do you remember how this song has been created?

G: The Riff was written first and after toying around with it for a week or so the melody and lyrics came, we always imagined it as being an acoustic John Lee Hooker type song but as soon as the drums came in they changed it completely.

RYL: In your Facebook page you are announcing a tour of UK during these upcoming months….are you planning to expand it in Europe and maybe in USA?

G: Once our debut Album is released we’ll have a bunch of shows to announce.

RYL: If we tell you that, listening to some songs, we feel like these could have been written by Led Zeppelin, what you gonna say?

RYL: The British panorama of new rock bands is quite “crowded”, what do you think a new band needs to do in order to reach the success?

G: Just play as much as you can.

RYL: Until today, which was the main achievement you both reached as a band?

G: We just played Download Festival UK that was a big deal for us and also recording our first album that’s been a big achievement for us.

RYL:   Everybody is talking about The Graveltones has “the band to follow”, how do you react to all this attentions?

G: It’s been really great! We’re just playing what we love and people are really into it. We’ve got a great fan base, we owe them a lot.