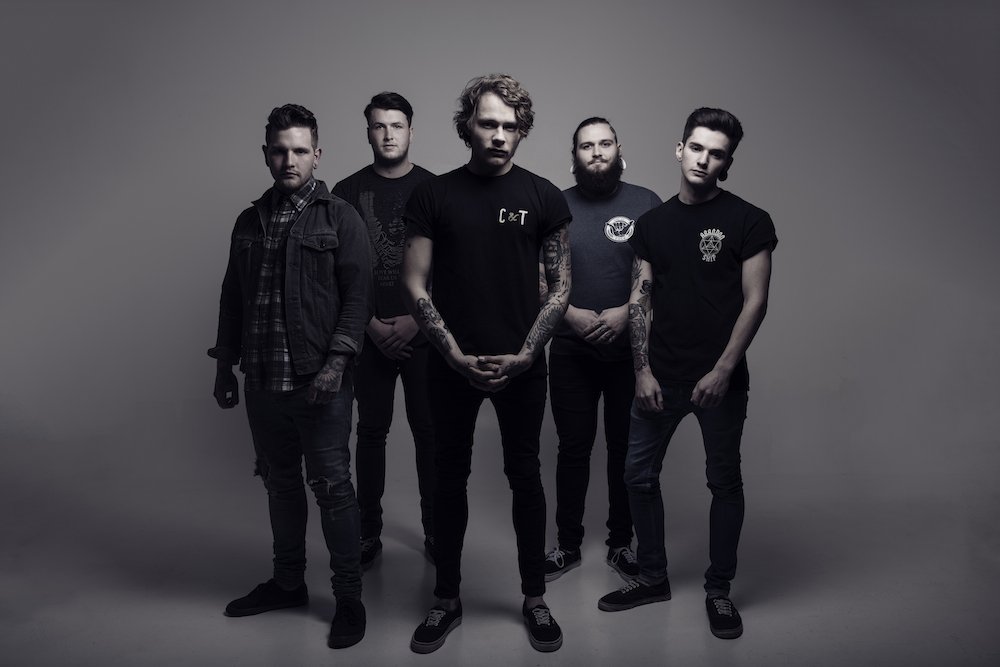 The Hunter The Gatherer – Interview with Jacob Scroggs-Parris – ARIZONA

ARIZONA (www.arizonauk.bandcamp.com): The lyrics for Black Hart were written over quite a long period of time. My parents were splitting up and I took it a lot harder than I initially thought, and in doing so needed to find some kind of release for how I was feeling, so over the coming months Black Hart was born!

RYL: What “The Hunter, The Gatherer”represents for your career?

ARIZONA: THTG is a big step for all of us in Arizona, its the first release of our career and has been meticulously written from start to finish for a really REALLY long time. Being able to finally show everyone what we are about, is a really cool feeling.

ARIZONA: A lot of the EP is based around my feelings towards religion, and how people will try and find someone or something to blame.

Its a cliche topic at best, its been done a lot of times and its really easy to write a song that bashes religion, but the songs do tell a story and it isn’t sided either way, it shows pro’s and con’s to religion and I think if you’re undecided on something, then you should always be humble like that.

RYL: How do you plan to promote it?

ARIZONA: We recently signed to Domino PR for the release of the EP. Steph Knight the Managing Director is fantastic at what she does and we are very lucky and proud to be able to work with her on this.

ARIZONA: Personally, I wont write the lyrics until the songs are fully finished, I find it difficult to get the full feeling of a song until its at least two thirds complete.

In the mean time I tend to write little passages in a notebook I have. I get a lot of inspiration from places I visit. If I ever see a phrase or a paragraph I like, i’ll write it down in my notebook and come back to it later.

Then when the song is finished, I start to move all these passages around like jigsaw pieces and find what works well with what, and then I change it slightly to make it my own.

ARIZONA: I think my favourite verse would be from ‘The Hunted’which is the second track from the EP:

“I was born, into a family, a chorus

show me respect, and I can show you the world

Oh lord i’m saving, my silver for the crossing

I’ll repent for my sins, if you can help me fix the causes”

RYL: tell us about the last song you wrote:

ARIZONA: The last song we wrote as a band will be featured on our album, which we are hoping to have completed by next year. Its a little different from what we have to show on the EP. Its a more mature, refined sound, which we are really excited to be able to show to people!

RYL: Which is the best metal song ever listened?

ARIZONA: Anything by U2, they’re rad as hell.