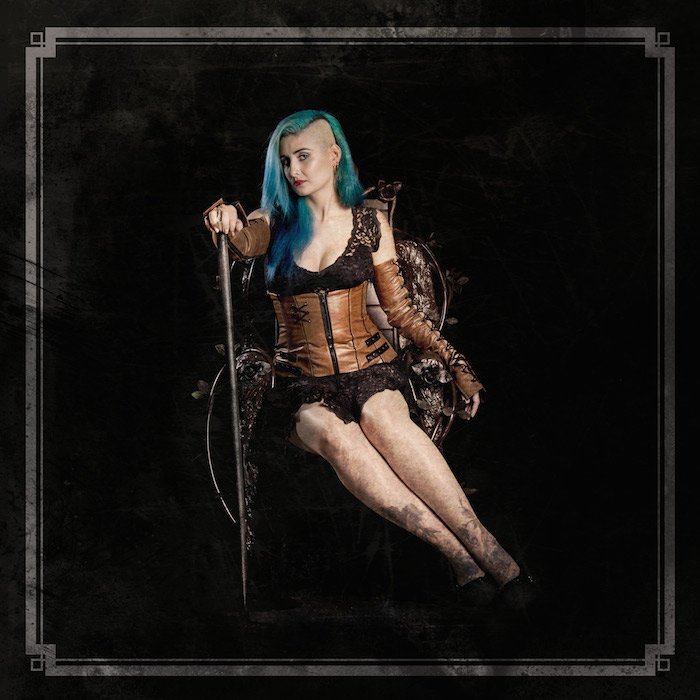 RYL: When do you plan to release your debut album?

Release date?, I don’t have an exact release date, but I do know it will be around July-August this year

RYL: the first single is titled “Dollmination”, what it means for you?

This is the part of the story on which the character I created, takes over me…. “she” basically locks my down and now is “she” taking over control on my life…. It’s time for “her” to rule and above all, live

This album is a story about someone being in hiding for too much time, asleep, not aware of what was going on outside. So, each songs is a chapter of “her” life…. Awaking, getting out, hide me, living, conquering, feeling fragile and strong

The Inferno Doll: I normally write the lyrics when I have part of the music.

But this time was different. I already knew what I was going to talk about in every song/chapter.

So I adapted the lyric metrics to the songs we started writing…. It’s weird, but every time I ran out of word, the music itself talked to me and help me to continue writing the story

there are so many… I’ve to say that I started writing lyrics with real meaning when I was around 12-13 years old. I was (still am) a Pearl Jam fan and they influenced me a lot when I was younger and the lyrics were (and still are) poems, real stuff written with so much passion and blood…

Feeling good with myself, loving what I’m doing, enjoying every single process of song writing, having fun and not feeling forced to do something I don’t like

It’s hard to judge on my own lyrics… I feel, specially with this album, that every song, every lyric is perfect… I’m telling a story that it can be a real story or fiction… you can decide that yourself 😉

all songs from my album, from The Inferno Doll… co-written with Gabriel Hidalgo … Lyrics by me

RYL: where do you live? How does your city influences your music?

I live in Santiago in Chile… the city doesn’t influences my music, but life itself