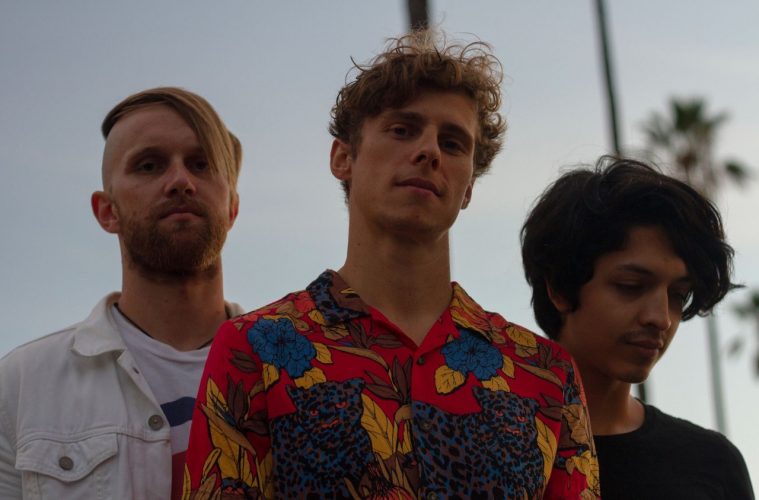 The Lie – Interview with Trapdoor Social

Sometimes I’ll start singing before I know what I’m saying, and ideas form as they flow out of my mouth. If they’re interesting enough, I’ll run with that, building around the lines that feel the most right. If not, but I like the melody, I’ll think about the things that are meaningful to me, and work those ideas in. This is not a bad way to go I think because melody is so important… but sometimes I do change it up and, say, brainstorm a message I’d like to sing about and start with those lyrics, building around that.

I think music has to FEEL, either sad or energetic or angry or whatever, but there has to be an emotional resonance. On top of that, if you can write lyrics that connect with people, you’re great. Chris Sampson, who started the pop music program at USC, says that groove and melody are the most important things… he’s probably not wrong.

Great question. I do tend to write about my personal life and the inner workings of my heart… and sometimes that can be risky. Like… is my girlfriend going to hear this? Does she not already know these things about me? That could be a recipe for disaster. Though with people in general (and in my personal relationships as well) I’d generally rather people know me, no matter how messed up I am, than try to keep secrets. So I kinda just go with the flow. Let it happen.

Hmm. Most meaningful to me is probably from ‘Play Along,’ from the self-titled album:

What inspired “The Lie”, your latest single?

Haha! Speaking of getting myself in trouble… When I got Logic a couple years ago, I made my first instrumental demo and sent it around to my band. One of my band mates said he didn’t think much of it, and I felt so indignant that my effort, this positive step in my career as an artist be shot down so disdainfully, I wrote a song over the demo that kind of spoke to my frustration. In the end, I think the song can be about any kind of relationship… but that’s where it started.

‘The Move‘ came out of a jam with our full band a few years back, a little bit of a rare occurrence in our writing. The lyrics are inspired by the environmental movement, which I’ve always thought should have a lot more members in LA than it does… but I’m repeatedly inspired by the activists and organizers I know in that space. The chorus invites the listener: “you too can be part of the move[ment].”

Do you remember the day you wrote “Truth”?

I remember the day on tour, in my buddy Gordy’s basement in St. Paul, Minnesota, that Louie showed me what he was working on (I didn’t write that one). I believe I told him it was a banger!

As with most of our past albums, I think I’d describe this as a mix of storytelling, relating personal experience, and calls-to-action to save our planet. Stylistically we are pushing boundaries but same producer, similar team, lots of common threads.

Oooh, good question! “Don’t quit your day job” hahaha no let me think… yeah honestly I can’t think of anything at this time, but I’m quite sure I have received loads of good advice from producers.

What are your plans for the few remaining months of 2019?

Trail mix. I ate some a few minutes ago, and the taste is still kind of in my mouth… mmmmm. I like trail mix. Haha! Thanks for your time =]