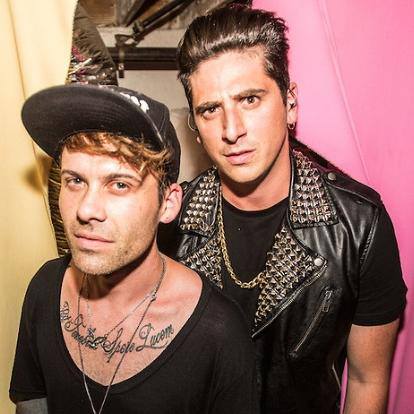 We really don’t know yet if we understood fully the answers that The Limousines, and indie electronic band from San Francisco, California, (http://thelimousines.com) gave to us in our today’s interview…. but we are sure about one thing, their latest album “Hush” is just great and deserve to enter in your collection.

We hope to see them in tour soon, for the time being you can their new videos on their YouTube channel:  (http://www.youtube.com/user/TheLimousines)

RYL: “Hush” your new album it has just been released, congratulations !, you did really a good job, How long have you been working on it?

TL: I’ve been dazed and confused for so long it’s not true.

RYL: We love the fact that the lyrics in your songs have a very strong importance, more than the music…are we right saying that?

TL: Ya can’t have one without the… other…

RYL: We loved several songs of the album, in particular we would say “Love is a Dog From Hell”, “Scream Please” and, obviously, “Hush”…..which song was the most difficult one to create?

TL: ‘Tis the song, the sign of the weary

Many days you have lingered all around my cabin door
Oh hard times, come again no more.

RYL: We are extremely curious …. Tell us, why love is a dog from hell?

TL: Because you don’t know, when you’re falling in love, how it’s going to turn out – there’s so much potential to get hurt.

RYL: It is really true nowadays, in this society, that “we can do anything we want”?

TL: I don’t know what that means.

RYL: Can you tell us how did you create the lyrics of “Scream Please”, what inspired your lyrics?

TL: Almost all of the songs on Hush are about love lost, because that’s my life right now.

RYL: Let’s go back to your album “Get Sharp” released in 2011 and to one of your most famous song “Internet killed the video star”… are you really sure?

TL: All I know is that I don’t know nothin’

TL: Money, get away

Get a good job with more pay and your O.K.

Money it’s a gas
Grab that cash with both hands and make a stash
New car, caviar, four star daydream,
Think I’ll buy me a football team
Money get back
I’m all right Jack keep your hands off my stack.

RYL: Another fantastic video is the one of the song “The Future” (coolest car ever), how do you see your future now?

TL: The future’s so bright I gotta wear shades.