After the triumph of their UK and US No.1 record, The Lumineers are back with their third studio album, ‘III’, out on Decca Records on 13th September. The two-time GRAMMY nominated band also released ‘Gloria’, the first single from the album, with the first UK performance on BBC One’s Graham Norton Show.

A conceptual album presented across three chapters, ‘III’ is audacious: every note, every syllable, and every moment of silence in between is emotionally charged. The album is darker in tone anything they’ve done before, with each part centering on one main character from a fictitious family known as The Sparks, who span three generations in the album’s storyline. Mixing raw emotional themes with their ear-catching melodies, expressive vocals and trademark acoustic sound, ‘III’ moves masterly in artistic directions not yet travelled by the band.

The band has sold out tours across the world, selling over 300,000 tickets on 2017’s ‘Cleopatra World Tour’ which ended with 27 sold out arena shows. Their discography has racked up a total of 4.2 billion streams and 4.6 million album sales worldwide.

The Lumineers have also supported icons and their musical heroes on the road, including Tom Petty & the Heartbreakers at British Summer Time Festival in London’s Hyde Park in 2017. This year, the band will tour across the US and Europe, with nights at three UK arenas including a date at London’s O2 Arena.

Regarding the new album, Fraites says, “This collection of songs worked out in a beautiful way, and I feel with this album we’ve really hit our stride.” 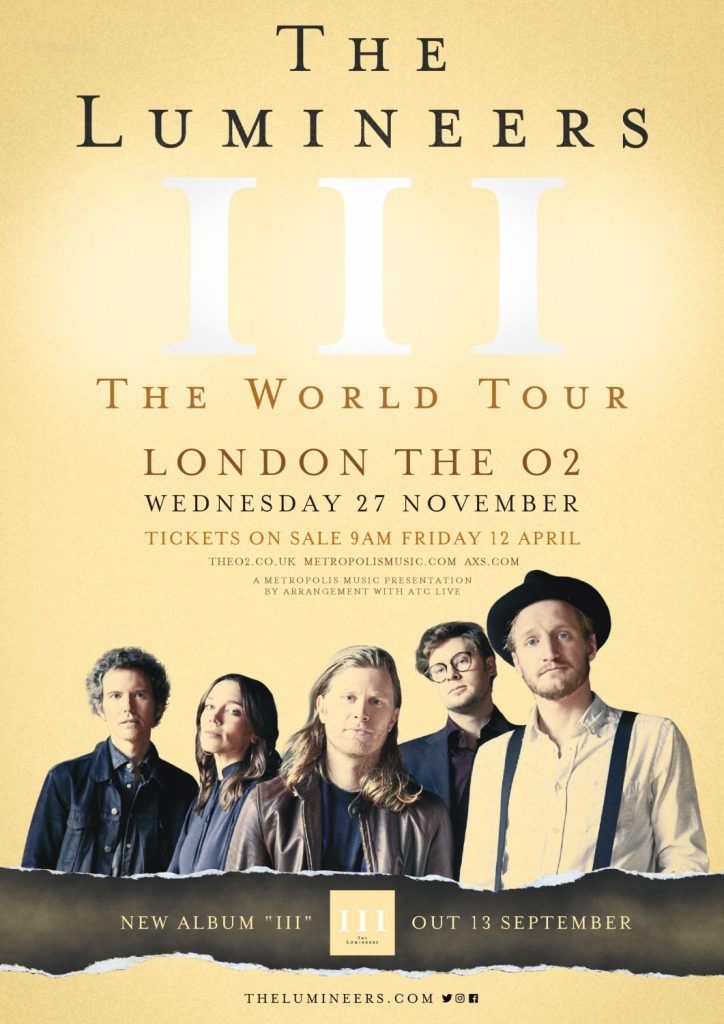 Tickets are now on sale at TheLumineers.com