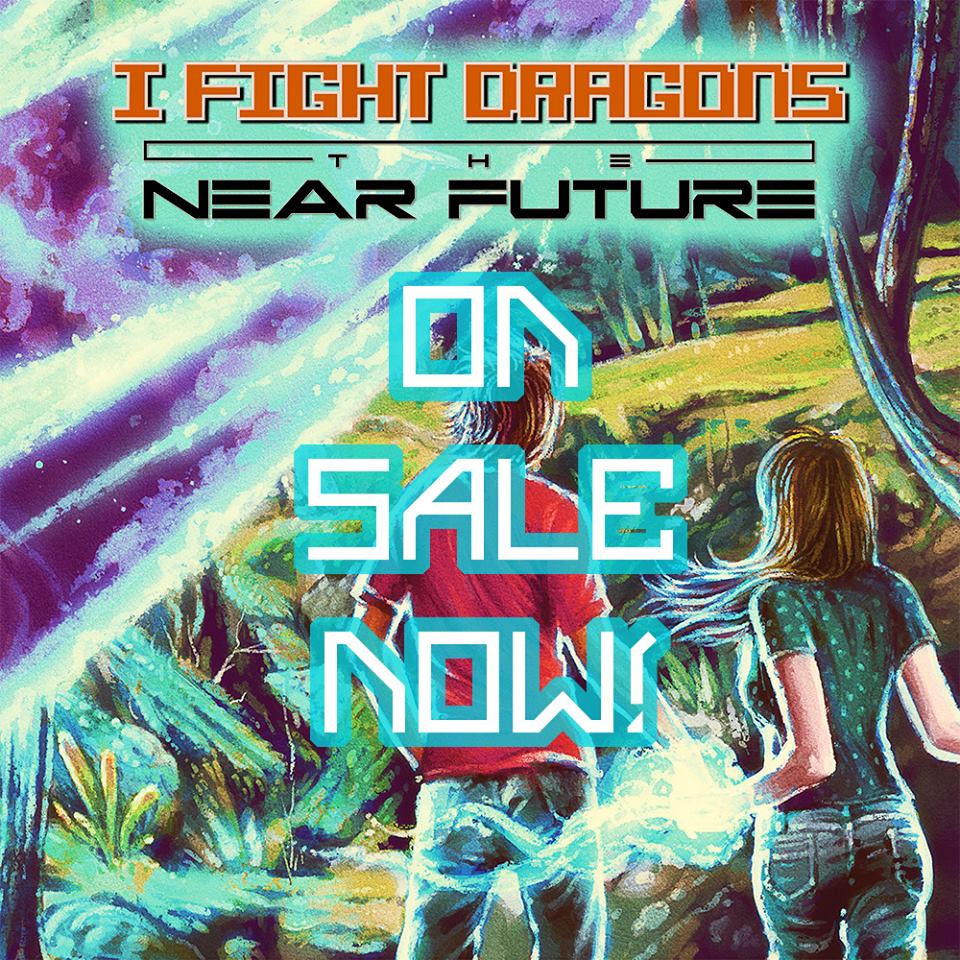 The Near Future – interview with Brian Mazzaferri – I FIGHT DRAGONS

RYL: We love your last album, “The Near Future” , which is its main achievement lyrically speaking?

I FIGHT DRAGONS: Thank you! Hmmm, lyrically I’d say I’m most proud of the Side 1 song cycle. It’s the first time I’ve ever tackled something that large, an integrated 22-minute suite of songs, and I’m really happy with the way the entire thing tied together.

I FIGHT DRAGONS: I almost always start with the music, specifically the melody, usually with some sketched out guitar chords and form, often in a voice memo on my iphone.

From there, I take excessive amounts of time trying out and fitting different lyrics to the song until it says just what I want it to say. In terms of inspiration for subject matter, it can really come from anywhere, sometimes I’ll know what I want to write a song about before I write the first note, but often I’ll discover what the song wants to be about in the process of putting it all together.

I FIGHT DRAGONS: That’s a bit of a tall order, since I’ve been writing songs for longer than I can remember 🙂

I used to always be the kid making up songs and convincing his friends to sing along.

That said, freshman year of college was the first time I really wrote a song as a coping mechanism for some thoughts / emotions that were weighting heavily on me, and I remember thinking that songwriting was the absolute best way to work out your thoughts and feelings, and started thinking of myself as a songwriter for the first time.

It was a random song about a girl I was trying to get over at the time and it was called “Drop Me A Line”. As a sidenote it was pretty bad, but I got better over time 😛

RYL: What inspired “No strings”?

I FIGHT DRAGONS: “No strings” is a straight up breakup song. For a lot of people I think that means romantic relationships, but for me it was 100% about breaking up with our record label and all of the expectations attached to the old-school traditional music industry we had been kicking around in for the past couple of years.

I FIGHT DRAGONS: I wrote a song called “Good morning sunlight” that I’m not sure if I’m ever going to release.

Sometimes I like a song too much, and I get scared of the moment when I commit it to a recording and all of a sudden it’s no longer mine alone, it’s on record and it belongs to the larger world. Somehow I haven’t been able to bring myself to record this one in any form yet.

RYL: What is the meaning behind the lyrics of “Pretend”?

I FIGHT DRAGONS: For me, Pretend is about the inability of humans to perceive gradual change, especially in their own lives.

We’re going along what feels like a completely continuous track, and then one day you sort of wake up, and look around and all of a sudden everything is different and you don’t really know when it even happened. It can be a super alienating experience.

I FIGHT DRAGONS: Call me sappy but the record release show we just played for “The Near Future” a few weeks back was absolutely my favorite show we’ve played.

It was our first ever sold-out IFD show, and there were so many people in the audience singing every word that it made my insides smile.

Best show I’ve ever seen is hard, maybe every Fountains of Wayne show ever? They’re my favorite band, they don’t tour a ton, but I’ve seen them 5 or 6 times and it’s always my favorite show since their songs are so amazing.

Maybe my first time seeing them, which was at The Shelter in Detroit on the tour right before “Welcome Interstate Managers” came out.

My friends surprised me by blindfolding me and driving me to the show without telling me where we were going, and I had no clue since they hadn’t toured in years. Ended up being the most amazing night.

I FIGHT DRAGONS: Definitely! We’re sort of in a planning-our-plans mode right now, since the entire past 2 years was focused on The Near Future, and now we have to figure out what’s next, as well as still wrap up The Near Future kickstarter rewards.

RYL: What the words of “Chicago” mean for you?

I FIGHT DRAGONS: “Chicago” is about the way that your home makes you feel like you’re everyone and no one in all the best ways. You feel like you belong somewhere, but also like you can disappear into it and leave off the pressure of being you for a while.

It’s about being on the road and longing for home, and also knowing that somewhere in your heart there’s someone waiting for you back there that makes the place what it is.

RYL: Let’s go back to “The geeks will inherit the hearth” , one of your fans favorite…… why in your opinion?

I FIGHT DRAGONS: “Geeks” is definitely a favorite of mine too. It’s pretty straightforward lyrically, it says exactly what it means, that geeks are getting our time in the sun!

These days geek is chic, and while some folks get their panties in a bunch about it and start being all nerdier-than-thou, I’m perfectly happy to enjoy the fact that Game of Thrones is gigantically popular and I’m the guy who’s been reading the series for a decade 😛