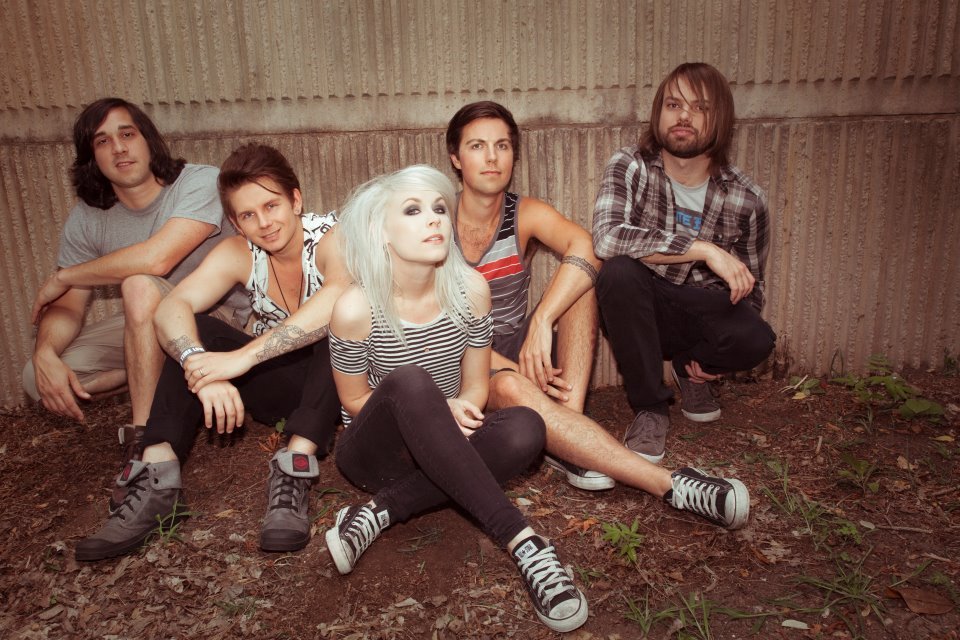 Directly from Nashville, The Nearly Deads (http://www.thenearlydeads.com)are getting ready to rock your minds! This band has a great power and you must not miss it!

Going through the interview that TJ had with us you will understand better about their music and future projects…and especially, you will become for sure one of their biggest fan!

RYL: We think we are not the first in congratulating about the fact that you reached over

your opinion, did you do that?

TND: First and foremost, we shot the video over the weekend in my basement! We invited our friends over, had a blast doing zombie makeup on everyone, and made a really fun day out of it. I think that energy and that fun comes through, and I think it all just came together in a perfect way. We were very lucky to have a “zombie” video because we were able to promote the song and band on several other outlets, like zombie and horror-movie blogs. All these things contributed to the success. However, we are still blown away by how huge it’s become! We are so thankful to every single person who has watched, shared, and loved our video!

RYL: Jon King , your music producer was also the producer of the video, what is the

most important thing you learn from him?

TND: There is so much to learn from Jon! He basically knows everything. We trust his choices. The zombie theme was his idea, he visualized it, said, guys, we have to do this. Not because we wanted to make money off of it, but because it would be so much fun to do! I think the most we learned from him was how to become clear and concise with our vision, and not to over-complicate.

RYL: You toured with the Vans Warped Tour, we believe you have plenty of memories

about this experience….can you share with us one of the most funny moments?

TND: There are so many memories! Our most fun show was definitely in St. Petersburg, FL. It was pretty much a home-town show because most of the band is originally from there, so we had tons of friends and family there to support us! One of our good friends thought it would be funny to throw panties on stage during our set….so he got children’s panties! It was the funniest/ creepiest thing ever.

RYL: You know, Rock Your Lyrics it is all about discover how the best lyrics have been written…..who is writing your lyrics? How is the creative process?

TND: I write the lyrics. The process is pretty much the same every time. I rarely sit down and finish an entire song in one sitting. I have probably 30 notebooks filled with terrible lyrics. You never know what you’ll end up using one day or what will inspire you later on. So I save all my ideas. I usually write the music first and then write lyrics to fit the melody I’ve chosen. I hardly ever start with the lyrics. Sometimes, Steven will bring me a song or idea on guitar and we’ll go from there. On our first EP, Jon King did some co-writing with us as well, basically taking my ideas and making them much, much better!

RYL: Can you tell us about the song Fact and Friction? How did you write it? What is the meaning behind it?

TND: Fact and Friction started with an idea on the piano. The entire band are big believers in the Law of Attaction and that we are all in control of our own destiny. That’s where the idea for the song came from. We are all in control of our own lives and our own circumstances. We bring everything into our lives, even the negativity or ‘friction’ we may experience. I think I had kind of an epiphany;  all of a sudden this inspiration hit me and I had to write a song about that realization. The realization that I was the one in control. “Don’t you see? It’s all me. Creating the fact and the friction.”

RYL: “What is holding us back is keeping us alive”, this is one verse of the song “Never Look Back”, can you tell us more about its meaning?

TND: This lyric was one that Steve and I kind of wrote together. I pieced together a few of his lyrics and turned it into this one statement. I feel like sometimes as a band, and as people, we hold ourselves back from what we love to do! So in our case, the music, the dream, the band is always what’s keeping us alive, it’s what keeps us going and it’s what we’re all so passionate about. However, there are so many doubts and fears and unknowns about going into the music industry, that sometimes we forget how much we just love making music. Therefore, the same thing that keeps you alive can also hold you back, simply by having a fear. A fear of what? Success? Failure? This lyric can apply to a number of different people and situations, and we feel it’s important to share our struggle with the fans, just to show them that they’re not alone!

RYL: Your new EP is showcasing a dear with a target, why this choice?

TND: We wanted something that showed a ‘near’death’ or death related image. A dear in the crosshairs is defiantly ‘Nearly Dead”….but he still has the chance to run away, right? Makes you think!

RYL: You live in Nashville, how is the music scene right there?

TND: The rock scene in Nashville is alive! Most people think of Nashville as only country, folk, blues…and while that music is amazing, there are also a number of growing rock bands here. A lot of songwriters make their home in Nashville. It’s an industry town, similar to NY or L.A., but without the expense! Nashville’s a really small town at the end of the day, and we love being able to be part of such a tight knit group.

RYL:Your fans are calling themselves “Zombie Nation”, what you want to say to them?

TND: We just want to thank each and every person who listens to our music and appreciates it. Our fans are truly what keeps us going! It means the world to us to know there are people out there that believe in us and want to help be a part of our success!