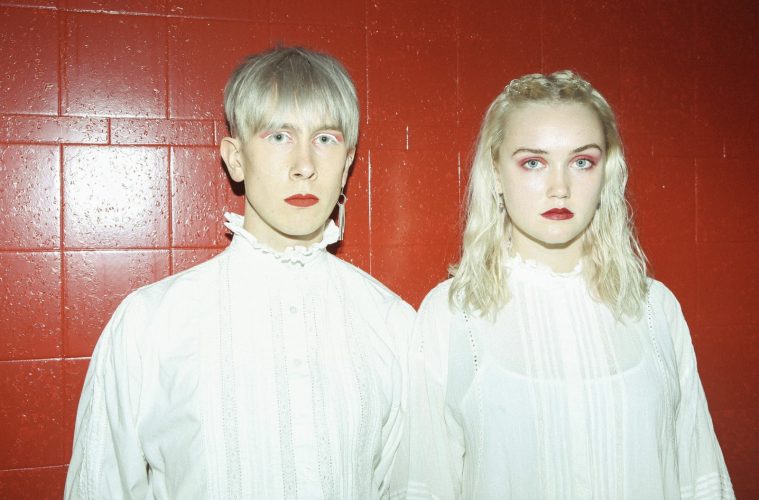 Today, The Ninth Wave release their new single ‘A Wave Goodbye To The People Who Said I’d Win’ and announce their third EP ‘FLESCH’ which will be released on Distiller Records on November 9th.

On ‘A Wave Goodbye’, The Ninth Wave demonstrate their uncanny ability to craft vehement pop hooks with dark undertones, reminiscent of the post-punk greats while remaining utterly fresh.  Produced by Dan Austin (Massive Attack, Sløtface), the track opens ‘FLESCH’ with an electrifying jolt, plunging the listener into the band’s murky sphere of poignant introspection, vibrant synths and spiky riffs. Speaking about the track, the band say: “This song is the first piece that we’ve put out from all of the music that has been recorded this year. It’s the first song we demoed after finishing the last EP and it felt like some sort of turning point in our style – it became the touchstone of the music that was to be written after. The song is very inwardly focused and is an acceptance that sometimes a relationship becomes too damaged to be the same as it used to be.”

Having only released their debut EP a year ago, The Ninth Wave have already caused a huge stir across the UK and Europe. They’ve brought their hypnotic live set to stages all over Europe, touring alongside the likes of Editors, Blaenavon and Honeyblood, and will support The Magic Gang in Edinburgh in September. Through their collaborations with radical fashion designer Charles Jeffrey and alt-rock trio Demob Happy, the band have displayed a ravenous hunger to push the envelope and create a unique, all-encompassing experience.

‘FLESCH’ will be released on Distiller Records on November 9th, including the below tracks.

The Ninth Wave will play the below live dates in 2018. Tickets via https://theninthwave.online/