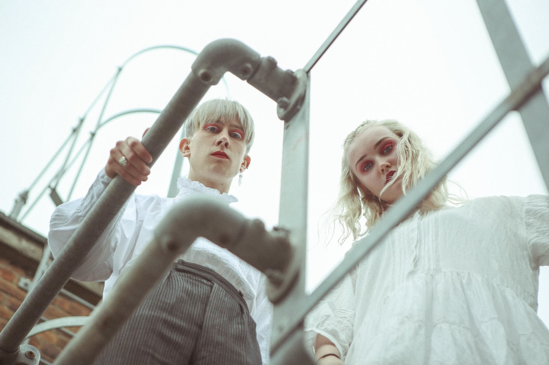 The Ninth Wave – ‘SOMETIMES THE SILENCE IS SWEETER’ – NEW SINGLE OUT

Described by frontman Haydn Park-Patterson as “an appreciation of being alone,” ‘Sometimes The Silence Is Sweeter’ is the latest foray into The Ninth Wave’s unique, introspective world, seamlessly meshing dark, post-punk undertones with huge, cinematic pop hooks. Produced by Dan Austin (Massive Attack, Sløtface), the new EP is, in Haydn’s words, “a mix of everything we’ve done in the last year and everything that’s still to come,” preceding the band’s hotly anticipated debut album, due for release in 2019.

‘Sometimes The Silence Is Sweeter’ follows ‘A Wave Goodbye To The People Who Said I’d Win,’ which has garnered support from BBC Radio 1’s Huw Stephens, Radio X’s John Kennedy and saw the band make their Maida Vale debut with a stunning session. Since releasing their debut EP last year, the Glaswegian four-piece have been lauded by various media outlets and played shows alongside the likes of Editors, Blaenavon and The Magic Gang. Their striking visuals have even caught the attention of Hedi Slimane, who shot Haydn for a portrait series earlier this year, and Charles Jeffrey, who collaborated with the band for his critically acclaimed Loverboy exhibition.

‘FLESCH’ will be released on Distiller Records on November 9th, including the below tracks:

The Ninth Wave will play the below live dates in 2018. Tickets available here.