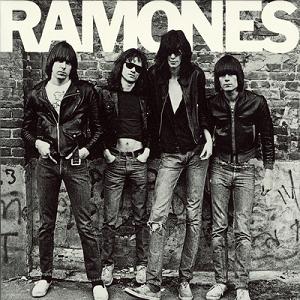 One,Two, Three, Four! If you ever seen a video of a live concert of Ramones surely you know what I’m talking about…..

It was Dee Dee Ramone, the bassist of the band, that shouting these words from the stage was starting almost each and every song.

Ramones in US together with Clash and Sex Pistols in UK are representing the founding pillars of the punk genre.

Their career began in 1974 back in New York when the band started to play in the underground scene of the city; a place that later will become famous , the CGBG was one of the first venues (or “shitty venues”, as once Dee Dee said) that hosted the band first shows.

CGBG is an important place for the music of those years, a lot of bands/singers part of the PUNK movement will play there: Misfits, the Patti Smith Group, Mink DeVille, The Dead Boys, The Dictators, The Fleshtones, The Voidoids, The Cramps, The B-52’s, Blondie, Joan Jett & The Blackhearts, The Shirts, and Talking Heads……….just to name few.

For the ones of you that don’t know…… the Ramones weren’t brothers, they just decided to have their own stage names inspired by PAUL MC CARTNEY……..

PAUL MC CARTNEY and RAMONES?? Yes! Apparently Dee Dee Ramones loved the way Paul was used to be called during the beginning of The Beatles : Paul Ramon

Dee Dee quickly convinced all the band to use the same name…..and they become the Ramones.

The band toured for over 22 years before their definitive break up in 1996 but , for us at least, the beginning of the end was in 1989 when Dee Dee decided to leave the band.

Did you know that Dee Dee started a solo career as rap singer? We saw some videos lately of Dee Dee…..oh my god! We couldn’t resist to laugh….Dee Dee King (stage rap name ) was not as great as Dee Dee Ramone!

During their career the band released 14 studio albums, the last one called “Adios Amigos” (goodbye friends) released in 1995.

To see their last gig and the relevant interviews we suggest you to see an incredible documentary published few months before the death of John, its title is “End of the Century – the story of The Ramones”.