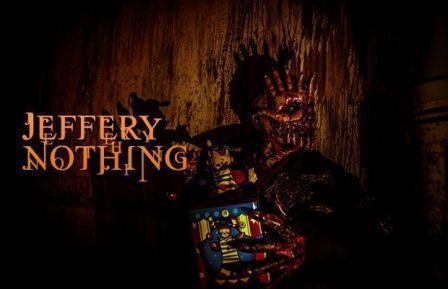 The Righteous & The Butterfly – interview with Mushroom Head

Jeffrey Nothing, singer of Mushroom Head (http://www.mushroomhead.com) answered to our questions on their latest album “The Righteous & The Butterfly” and their most famous lyrics.

RYL: “The Righteous & The Butterfly” is the title of the new album just released, what it does represent for you?

MUSHROOM HEAD : It Represents a Tribute to our original Guitarist and 4th member ever, John “JJ Righteous” Sekula.

He played on “Mushroomhead- Self titled” as well as “Superbuick” and “M3” and  Vanessa Solowiow, aka “The  Butterfly”, is Skinny’s Ex- Wife and the mother of  his Sons. She was also the bands photographer and was instrumental in creating the layout for both: “XX” and “XIII”.

They were very much a part of what Mushroomhead is today and they are both missed. A lot of the emotion on this album is also reflected in their time with us and since their passing.

RYL: How have you written the lyrics of this album? What inspired you?

MUSHROOM HEAD : I reflect on my life and the world around me and how it effects me.  I feel War is manufactured by the richest 1 %.

Because the all powerful to me would probably get bored with Fiction. The problems and trials I face and write about seem to be a common thread within Society as a whole. So fans can relate. I prefer to let my audience decifer my ramblngs as they see fit.

We someimes meet in he middle. Which is fine.

RYL: Our favorite song of the album is “Qwerty ”, do you remember when you wrote it?

MUSHROOM HEAD : Dr. F. aka  Ryan Farrell also is my Guitarist for my solo Band: Jeffrey Nothing. He became our Bass player and after a few shows, Church our Guitarist and the good Dr. began writing songs for the new Record.

“Qwerty” was the first song Ryan wrote and just before leaving for tour I layed down an intro kind of part. After coming home we decided to go in a different direction. Skinny came up with most of the 1st verse  along with a Part J Mann wrote.

Then came the “Slayer” part. I wrote it and just sang it as intensly as I could and people thought I sounded like Tommy Araya. Sounds good to me.

MUSHROOM HEAD : I don’t so much have a set formula. Some can take seconds and others can take months. I sometimes take a journalism approach.  I come up with a Headline basically and then I write the first paragraph containing all pertinent information, except I do this with the entire song.

I like to approach songs  from  different perspectives. It’s easy to write from 1st person perspective. Some times I read a headline and then I just  write the story from my  point of view. A good smoke never hurts the process either.

RYL: Which is verse of one of your songs that is closer to you?

MUSHROOM HEAD : The first verse of: “Portraits of the Poor”.  It wrote itself in 7 seconds.

It is a metaphore for growing from the invisibility of my teens. I was born with Convulsive Disorder  which is mostly triggered by a violent act and  seizures came without warning.

Public ones  produced fear and alienation. It is easy to go back to those times and write from that darkness. It sometimes carries over into real life. Luckily writing can be a release.

RYL: “Sun doesn’t rise”, part of the album “XIII” of 2004 is still the favorite from your fans….why in your opinion?

MUSHROOM HEAD : It got a lot of exposure pre- XIII’s release from the “Freddy vs Jason” soundtrack CD and was also the last single of our tenure with Universal Records.

Not to mention it is very high energy  and has a few different hooks. It also has a very uplifting message: “Darkness can’t destroy my drive”. “Sun Doesn’t  Rise”  was also produced by Johnny K. ( Disturbed, Megadeth), so he  got great performance out of us.

RYL: To whom are addressed “Our Apologies”?

MUSHROOM HEAD : The World. For our time away. We didn’t really address it to any one person. It isn’t that literal. It is a song not so deeply a personal message.  Anyone who is taking it ultra personally… Again, “Our Apologies!”

RYL: You are currently in tour, what is the reaction of your fans when you are playing the new songs?

MUSHROOM HEAD : Loud cheering and intense Approval. We are equally happy to be playing new stuff live and soon it will be much more of the new stuff. There are some MRH standards we will keep for a while yet. SDR being one of them. But New is nice and to our fans it feels like the more, the Merrier.

RYL: Which was the most difficult verse you ever wrote?

MUSHROOM HEAD : Nothing comes to mind right off the top of my head. I guess the whole song “Ego Trip”. Back in the earliest days of Mushroomhead. J Mann wasn’t in the band yet and I had a verse. But it wasn’t right.  “Ego Trip” for the most part was his introduction to the band and 20 years later, The Righteous & The Butterfly, welcomes him home.

MUSHROOM HEAD : Black Sabbath’s  “War Pigs” to some extent. Not the same words but the same message. It isn’t getting any easier on the general public. Name the Country. These Presidents, Tyrants and Kings, put their people in harms way, very much for the same reasons. Because  from high in that Tower, oblivious to the pain it brings whether or not the individual soldier returns home, it never goes away. We should be more than assets to an Army.