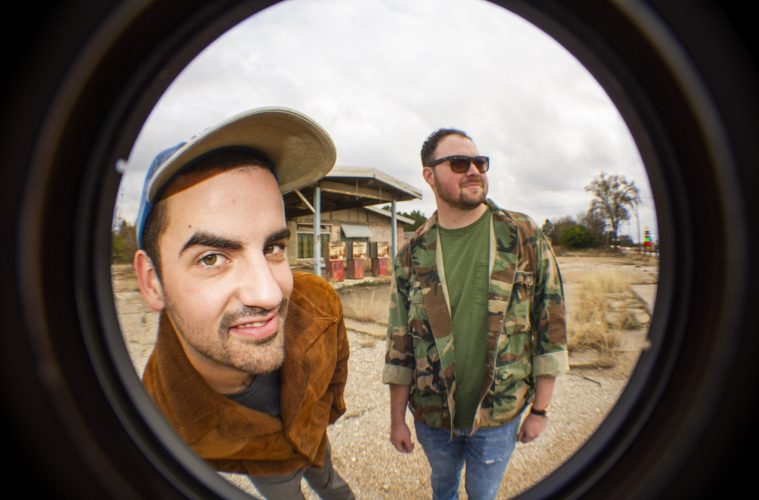 The Rope & The Rabbit – Interview with Kelly Wayne Conley – Owen-Glass

How do you usually write the lyrics of your songs?
One word at a time. I spend a lot of my time on the road, and I’ll make a note of certain phrases or lines that jump out at me, then I’ll take those notes into my home studio and won’t let myself leave until I have a song.

In your opinion, what is the most important thing in songwriting?
I think you have to tell a story, but the cool thing about songwriting is that you’re not confined to a linear narrative structure or anything like that. You can be more esoteric and abstract while still getting the finer points of the story across. You can make things more interesting, and you can communicate your story through instrumentation, so it’s a very versatile process. Imagery is very important as well.

Are you ever scared of revealing aspects of your personal life/experience to strangers through your music?
I’m less scared of saying what I mean to say than I am of what other meaning someone might ascribe to my lyrics. I jump around to lots of different perspectives, and try to get in the heads of characters who don’t necessarily represent my own personal view, and that can create a target for people. Ultimately though, everyone is responsible for their own interpretation, so it’s all good.

What is the best lyric that you ever wrote (the most meaningful for you)?
One of my favorite lyrics that I’ve written is the bridge for the song “Saint.” It says, “Rest your head on plumes of smoke. Tell people truths they’d hate to know. Boxed lies define the times. The hive mind salute the culture crime.” I like that it ascribes meaning to the individual and encourages you to embrace the responsibility that comes with being a real person. It’s kind of like, “Block out the noise and speak your truth. Regardless of how the mindless collective might react.” I dig that.

What inspired “Here It Comes”, part of your latest album “The Rope & The Rabbit”?
That was a crazy tune from the start. It was actually two separate songs that we combined into one. The general theme was (and is) economic collapse, like the fall of Rome kind of thing. I think we’re in the late stages of the Anglo-American empire, and we’re distracting ourselves from all the obvious signs, hoping we can stave off the consequences of empire—that’s the extrapolated sort of macro-level view. It’s also very personal, and has this theme of anxiety and mystery running through it. I think that’s an instinct we all have—we can tell when something isn’t quite right.

And “Leave It Alone”?
That one, for me, is about the social consequences of being an outspoken individual. It also carries a theme about addiction, but in my case it’s more about placing a higher value on the pursuit of truth than the pursuit of popularity. It’s the story of being rejected by someone you love because you can’t walk away from something that gives you a deeper purpose or a deeper sense of satisfaction.

Do you remember the day you wrote “Saint”?
“Saint” came together over the course of a year or more, and may have actually taken the longest to write of any song on the record. The first verse, though, I remember a little about that. I wrote it around the time of the Ferguson riots in 2014, so that’s where you get that riot imagery. It’s the idea that political utopianism tends toward the creation of hell on Earth—like, we want a better world, and we’ll burn this one down to get it. It’s a trap of collectivism. Ultimately, there can be no utopia, because all people have subjective values, so the most logically consistent pursuit of heaven on Earth requires secession from all political in-groups. It’s isolating, and it can make you seem crazy to people who don’t embrace the idea of subjective value. That is value more so in the material sense, and not in the moral or ethical sense, by the way.

Is there a link/a common theme among the songs of the new album?
For sure. The album is a rabbit hole, and the themes get more explicit as you progress from song-to-song. For me, it’s about individual liberty, and what that idea means socially, culturally, politically… It’s meant to celebrate the individual and encourage people to own themselves, take responsibility for their lives, that sort of thing. There’s more to it than that, and I wouldn’t want to limit anyone’s interpretation with my rambling.

What is the best suggestion your producer gave you?
That’s tough to nail down. David really is more than a producer in my eyes. He was really a collaborator for most of this album. I learned a lot. One thing he really helped me get past was my tendency to linger in the same space for too long. He helped me to keep songs moving. In terms of a single suggestion, I don’t know, maybe when he suggested that I go ahead and write a full-length album instead of making an EP, which was originally the plan. He also really helped me develop as a vocalist, which is something I’ve never considered myself to be.

What are your plans for 2019?
2019 in my world of music is all about proof of concept. I’ll continue writing, and probably will shoot a couple more videos with the band, but the primary focus will be on the business end and finding our fans. They’re out there. They’re online. So, finding them and connecting is top priority before we get busy making and promoting the next record.