Despite their songs are all in english, The Singers are a very successful italian band from Rome.

Today, we will accompany you in a journey through their music and 2014 projects.

RYL:  You just released your second album “The Singers”; musically speaking what is the difference with “The Room Went Black” 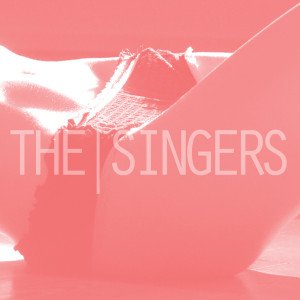 Musically speaking “The Room Went Black” is dry, fast and a very direct record.  “The Singers” is a much richer sounding record.  It is more mature and colorful sounding as we added a new band member Federico who plays keys and synth throughout the record. We also decided to ask some friends of ours to play trumpet and accordion on some songs.

Furthermore we did not write this record with a set genre or style in mind, it still is us, with our tempo and rhythm changes, our guitars and rich vocals just with something new and different, something pink.

RYL:  You are from Italy but you sing only in English, why this choice?

The Singers: Our choice to only sing in English comes from the fact that Italian is a very complex language to write lyrics with and is in our opinion best suited for other musical styles but not very much for our style. We play fast, short and very structured songs that need to get people going and English just fits that style of song writing so much better.

RYL: “Flowers in Navona” is one of our favorite song of the new album, can you tell us what inspired its lyrics?

The Singers: “Flowers in Navona” is a tale of love, like most of our songs but this one in particular tells the tale of two people who have been lovers in the past and know that being together once again will end in heartbreak, but nonetheless they try to love eachother once more and even if it ends in heartbreak they will always remember the first time they met in Piazza Navona, a beautiful and romantic square in the center of Rome.

The Singers:  Usually Vicky (Lead Vocals/Bass) and Giulio (Guitar) write all of our lyrics but in our second record “The Singers” the lyrics to the opening track “Toronto” was written by Andrea (Guitar).

RYL:  “Monsters” is the first single you have released, why you selected it among all the other songs? What it does represent to you?

The Singers:  “Monsters” is the song that best shows off our skills as a band.  It has melody, soul, fast parts, slow parts and guitar solos. In our opinion it is the best way we could show new listeners and long-time fans what we’re all about on this record.

RYL: Are you going to tour Europe soon? Where the road is going to bring you?

The Singers:  We are currently talking with booking agencies about a European tour but unfortunately we have no solid details yet but when we do you can find it all on www.facebook.com/thesingersband.

RYL: Two albums and a number of fans that is growing every day, what you would like to achieve in the next years? What is your target?

The Singers: Our target as a band is a really simple one and it is to play our songs in as many places as we can and to as many people as we can.

We would also really like to overcome this barrier we have here in Italy where the press and other industry people tell us that we are too international sounding and that we would be better off going to the other side of the Alps so that we can be appreciated fully.

We don’t believe that one bit and want to convince as many people as possible of the exact opposite.  It shouldn’t matter where you are from or what language you speak, if you’re music is good then it’s just good music.  There that would be a great achievment for us.

RYL: “Dance Dance Dance (hit the floor)” is your most known song, why in your opinion?

The Singers: “Dance Dance Dance (hit the floor)” was the first song we actually wrote as “The Singers”.  We weren’t really sure how people would react to it at first because it’s really fast and the lyrics are in English but people loved it from the get go so we think people liked the energy it brought to the table and its simple catchy sing-along nature.

RYL: Tell us your favorite guitar ? and the best one you ever played?

The Singers:  Our guitar players use Gibson/Epiphone guitars and for Andrea, who plays lead, his Gibson Custom Shop Ebony Les Paul is the best guitar he’s played.  For Giulio, who plays rhythm, he likes semi acoustic guitars and the best one he’s played is his trusty Epiphone Valensi.

RYL: The craziest thing you ever did during a gig……