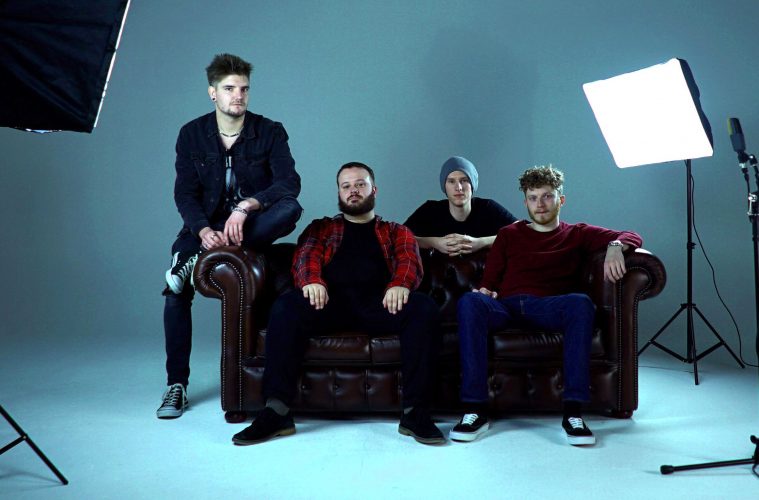 The Time We Needed – Interview with Sam Bantock – Steal The City

rockyourlyricsMay 25, 20180 views
Rock Interviews0 views 25 min read
Let’s talk about your new ep “The Time We Needed”, is there a link/something that connects all the lyrics of the album?
The EP was mainly a collection of the songs that we were most happy with over the first 3 years of being a band. Lyrically, these are the personal situations I have faced over this time. I felt this was the best release for me stress wise. In short, the EP helped in my journey through a difficult period of my life. 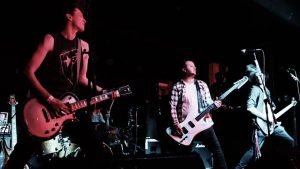 Are you ever scared of revealing, aspects of your personal experience, to strangers through your music?
I used to work with some dude who also played in a band, 3-4 years ago, he said to me, ‘no matter how cringe your lyrics look on paper, stick with them until you actually put it to music.’ This is something I never forgot and it’s definitely helped me with my lyric writing ever since. I guess at first, yeah I was a little nervous about the content of the lyrics being released to the public. As some people know, I’m not that great at talking about this shit sometimes, yet I still want to help people. Maybe 1 person listens to our song, maybe 100,000 people will hear it, but if I can help someone who is in a similar situation than to what I was in, that’ll mean the world to me. People need to talk more about this stuff, I hope to encourage that.

What has your journey in the music industry been like up to now?
It’s definitely been an interesting one; we’ve learnt a lot in Steal the City on how things in the industry work. We’ve made a lot of new friends, many for life and we have also met a lot of great bands. You could say we’ve also learnt who we can trust as well. Also working with other people in the industry, with their experiences as well as our own, this is an industry that you can’t half arse. No one wants to listen to a band whose heart isn’t completely in it, as well as for the wrong reasons. You’ve got to give it everything you’ve got; we’ll give it a good bloody go while we can.
What was the soundtrack to your childhood?
Band wise, we’ve had quite a varied upbringing with our music. Growing up, my mum used to play a lot of Muse & Radiohead in the house. That, for me, progressed into stuff like Fall Out Boy, Green Day & My Chemical Romance. After a certain age I started getting into stuff like Killswitch Engage, Atreyu & Enter Shikari (*clap clap clap*). Over the years I’ve been listening to a bit of everything. While rock and metal will always be my first love, I like listening to some random ass stuff, such as Lucy Rose, Royksopp & Deadmau5. I always think it’s quite interesting listening to different melodies from different genres of music, it helps progress your own writing in new and interesting ways.
What was the first record you ever bought?
Green Day – “American Idiot”. The first album I ever bought with my own pocket money. I will never ever get bored of it.
What is your favourite song (not written by you) lyrically speaking?
A Day to Remember – “All I Want”. This band (and song) is the reason I wanted to be in a band in the first place. I’m a big fan of Jeremy McKinnon and his writing.
What inspired “Wallflower”?
Wallflower is written in the shoes of someone who just wants somewhere to belong. It reminds me of a gig I went to, I was nervous as hell, had no idea what to expect. I felt every eye in the room was on me. I really wanted to get into the music, but I thought everyone around me would think I was a bit too strange. Now, I know that (to quote Faithless) ‘This is my church; this is where I heal my hurts’. You should be able to push to do whatever the hell it is you want to do in life.
And “Manufactured”?
This is our call to arms song. It goes out to all the people who have felt pressured to follow a single path in life that they have no control over. It’s about standing up to the naysayers and being able to follow your hopes and dreams, no matter who you are, or where you come from.
Do you remember the day you wrote “Intoxicated”?
This one made me giggle. Yes, I suppose it’s quite interesting write a song about a night you mostly don’t remember. I pieced together what I remembered as well as what other people told me. 10 out of 10 would party again.
What is the best show you ever played?
We have played many great shows; while our EP launch was definitely special, I have to say that our opening slot for Skindred on their Chesterfield Halloween show was absolutely fantastic. It was nice to know that I saw Benji catch part of our set; he even came to congratulate us afterwards. All around a great guy who gave us some great advice and told us to keep doing what we’re doing. We definitely want to try and get on some more shows like this, to show people what we’re really made of.
What are your plans for 2018?
After releasing our debut EP, we plan to try and gig it and push it out as much as possible. However, we’re still very busy writing new material for our next release. We’re confident that we’re starting to piece together our overall sound, and we can’t wait to show you all what we’ve been working on.