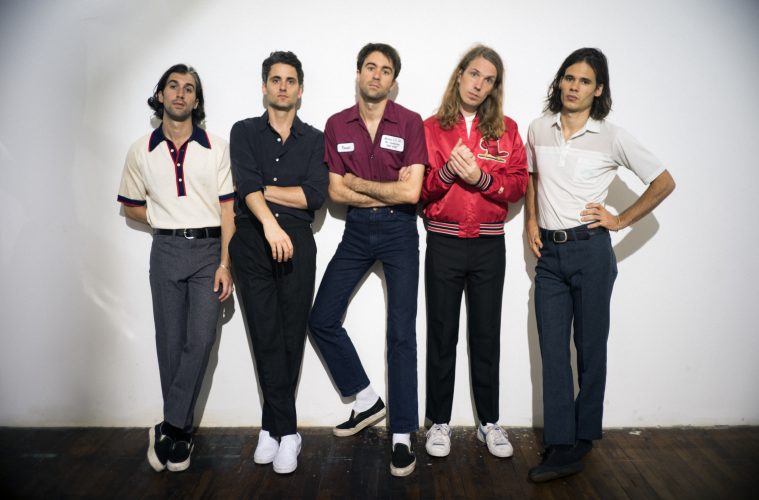 rockyourlyricsOctober 23, 20180 views
News0 views 05 min read
The Vaccines announce 2019 UK dates. Tickets go on general sale this Friday (26th), with fan presales going live on Wednesday (24th). Following their outstanding 2018 UK tour which saw them play to sold out crowds across the country, the band will return to play 11 dates (see below) at the start of the new year.
2018 saw the highly anticipated return of The Vaccines with their critically acclaimed fourth album Combat Sports. Catch the band performing singles from the album including “I Can’t Quit” and “Your Love Is My Favourite Band” as they kick off the tour in Brighton January 25th ending at London’s Roundhouse, February 8th. Tickets go on sale this Friday, please visit http://www.thevaccines.com/tour.
The Vaccines – UK Tour Dates
25 Jan 2019 – Brighton – Brighton Dome
26 Jan 2019 – Oxford – O2 Academy
28 Jan 2019 – Blackburn – Main Hall @ King Georges Hall
29 Jan 2019 – Newcastle -O2 Academy
30 Jan 2019 – Motherwell – Motherwell Concert Hall and Theatre
01 Feb 2019 – Cardiff – The Great Hall
02 Feb 2019 – Exeter Great Hall – Exeter Great Hall
03 Feb 2019 – Southampton – O2 Guildhall Southampton
05 Feb 2019 – Leicester – O2 Academy Leicester
07 Feb 2019 – Guildford – G Live
08 Feb 2019 – London – The Roundhouse
The Vaccines return to their roots with Combat Sports; ranging from pure Vaccines rock and roll through to powerpop. It is a combination that has never failed them in the past, as demonstrated by 15 consecutive A-listed singles at Radio 1, performing on Later…with Jools Holland on four separate occasions and headlining a career affirming show at London’s 02 Arena, all alongside pulling some of the biggest crowds across the summer festival circuits over the years. They have also earned BRIT Award nominations for Best Live Act and Best New Artist, a Q Award nomination for Best New Band and won an NME Award for Best New Band.
The Vaccines are without doubt one of the biggest and most adored British bands of our generation. Starting their career with a bang in 2011 with the year’s bestselling debut album What Did You Expect from the Vaccines?, 2012 then saw the release of the equally successful Come of Age, which charted at #1 in the UK, and in 2015 English Graffiti charted at #2. Combined, the band have sold over 1 million records worldwide.
Combat Sport Tracklisting:
1.    Put It On a T-Shirt
2.    I Can’t Quit
3.    Your Love Is My Favourite Band
4.    Surfing in the Sky
5.    Maybe (Luck of the Draw)
6.    Young American
7.    Nightclub
8.    Out On The Street
9.    Take It Easy
10.  Someone To Lose
11.  Rolling Stones