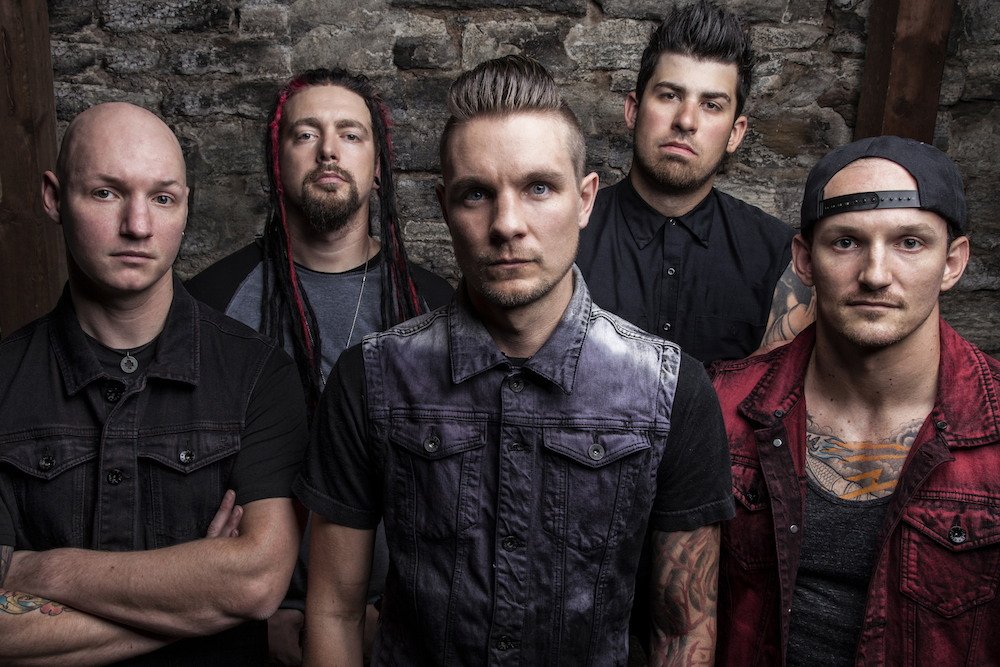 The Vault – an interview with Throw The Fight

James Clark, lead vocalist of Minneapolis, Throw The Fight (www.throwthefight.com), answered,  today, to our questions regarding the band’s last achievements, his personal life  and the new plans of the band.

RYL:  You guys are currently in tour, how is it going?

James: Going great the shows have been amazing and it has been great connecting with new fans all over the country.

RYL:  You released recently the EP “The Vault”, what inspired you to write these new songs?

James:  The songs were tracks that we had recorded for the last album (What Doesn’t Kill Us) that didn’t quite make the grade.  We had a hard time with picking the final tracks for the album so it was nice to release the EP as a B side release and get them heard.

RYL: What is the message of the song “Years Past” included in it?

James:  The song is about living in the now and appreciating those around us, life can change so quickly and be turned upside down.  After having cancer four years ago I really learnt to appreciate family and friends a whole lot more and to try to live each day to the fullest the song is about all of these feeling and emotions I had at that time.

RYL:  Who is writing the lyrics of your songs?  How would you define your songwriting?

James:  I have written the lyrics for the most part on the last three releases but i am always open to collaborate and work with others when writing.

James:  The song is a song that deals with relationship struggles and struggles with substance and alcohol abuse. We all have people in our lives and past relationships where we know that in order to help that person we need to walk away but when you are in that position it’s the most difficult thing to do.

The only way to help people sometimes is to go against everything your heart is telling you to do.

RYL:  Which was the major achievement of that album?

James:   We feel very blessed to have had the record chart on the Billboard charts and hit the top 100 in the active rock radio charts but beyond that to me the most important achievement is having fans really connect with the lyrics and have my stories help people in their struggles and to get through their day.

Music can save lives and a it is important to try and share a positive message of hope when some kids feel there is nobody else there for them.

RYL:  What is happening “When the world stops spinning”?

James:  The song is about me dealing with cancer and having chemo but its a song that is written to inspire kids out there to follow their dreams.

We are all told at some point in our lives that we are not good enough or that we need to stop following our dreams but we need to push through that and not let anyone stop us. We are all capable of achieving our dreams it just takes alot of work to get there.

If your willing to do that then you are half way there to sucess.

RYL: The tour brought you in several towns across US, until today which was the best gig you did? Why?

James:  Montreal Canada was the best show of the tour the crowd was amazing and so into the show they were singing and crowd surfing all night.

RYL:  Lyrically speaking, which was the most important verse you ever written?

James:  Bury me in the sand, stick your needles within, wipe the blood from my arm watch the chemicals spin, my whole life is a dreams faded pictures and memories,  scattered out on the floor I can’t breath, give me some hope stand in the light.

It was written during cancer a very hard time of my life and very personal to me.

RYL:  The most difficult part of the tour is usually when you have to come back home and do to the everyday routine, how would you avoid this problem so typical of every Rockstar?

Throw The Fight: I am not a Rockstar so I don’t have that problem lol.

RYL:   What was the craziest thing that you have seen on tour?

RYL:  Let’s go back to the songs and talk about “Not So Hollywood”, where you attack the “star system” of the city of angels….why you wrote these verses?

Throw The Fight: I am not attacking the star system, I am just trying to highlight that what you see is not always real life and trying to live up to those expectations you are only going to set yourself up to fail or not measure up to their standards of beauty, fame and money.

RYL:  Right after the tour, you will go back to the studio to prepare a new album?

Throw The Fight: Yep we are going to Nashville to work on new songs in January.