Characterised by influences of blues and country music, The Way Life Goes has taken quite a lot of time before its release (ten years), but, definitively, it was worth to wait.

During our interview with him today we tried to understand how Tom is writing the lyrics of his songs, what inspires him and, of course, his future projects.

RYL: Happy new year Tom! What do you expect, musically speaking, from 2014?

Tom Keifer: Well, 2013 was a good year, we released the first album and we started to be around promoting it. Definitively we want to continue doing that and, as well, release a couple of new singles. 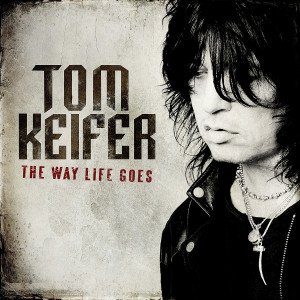 RYL: Are you going to tour also with Cinderella?

Tom Keifer: No, I don’t think so, we will concentrate in promoting the solo record.

RYL:  We would like to ask you your opinion on the recent decision of Motley Crue of doing their last tour due to the health conditions of Micky Mars, what do you think about this decision? And what about Cinderella are you still gonna tour together?

Tom Keifer: I respect, their decision, there is nothing really to say on them, is their choice. Regarding Cinderella, now the band is having a break since 2012 and this is one of the reasons why I decided to sign for a new solo album

RYL: “The way Life Goes” is the title of your new record, which was the biggest difficulty in releasing it? 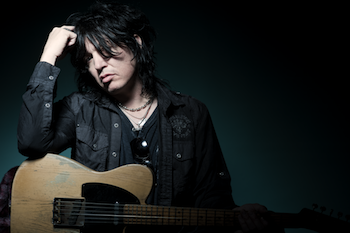 Tom Keifer: We spent almost ten years making a record, four of them were spent on mixing in order to get out of the speakers the sound I wanted.

So, I think the mixing process was the biggest difficulty.

RYL: The album is a rock album with influences of blues and country music; talking about Blues we remember listening to a legend like Buddy Guy saying that blues music is dying also because media, especially radios, are not supporting it anymore. What do you think about it? Do you agree with him?

Tom Keifer: I grew up on rock music that was blues inspired, like Led Zeppelin and Rolling Stones, I love that kind of rock, it is hearth and soul.

Obviously I don’t think blues is something you will see in the top 40, sometimes it happens, but it is rare.

RYL: What do you think about the crisis of the music industry? It is affecting quite a lot the development of new artists and records… 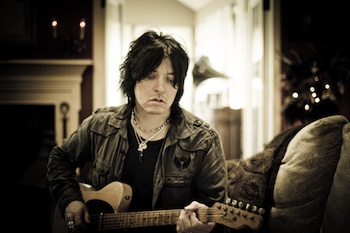 Tom Keifer: Music industry is having a huge crisis, publishing and distributing records is more and more difficult. when revenues are down by millions of dollars this has an impact and affects the development of new artists/ songs.

RYL: Let’s go back to the album and let’s talk about the song “ Ask Me Yesterday”, one of our favorite, it talks about being young and have all the answers correct?

Tom Keifer: It is a song about the experiences we have in life and how we start to compare things that happened in our life, it is not necessarily related to being young or old.

RYL: How do you usually write the lyrics of your songs? Do you follow a particular process?

Tom Keifer: Usually I have a line in my head, like a title of a book, something to talk about, then a melody follows.

I like to have real lyrics, not to force songwriting; my songs talk about real life experiences, something that maybe happen while I’m on the road touring.

RYL: You told us that you like Rolling Stones, lyrically speaking, which is your favorite song?

Tom Keifer:  That’s tough, Tumbling Dice, maybe, I always loved it…then… Wild Horses, Street Fighting Man….. it is very hard to pick one , all of them are still so great.

RYL:  It is still incredible how much they are touring , last year they celebrated their 50th anniversary as a band, when it was last time you saw them live?

Tom Keifer: It has been a while, I suppose in the early nineties during their Steel Wheels tour.

RYL: What do you remember of that experience?

Tom Keifer: It was just amazing, I got to meet all of them except Mick (he was busy), I met Keith, I’m a big fan of him…..It was a special night for me.

RYL: The first song of your album is called “Solid Ground”, in its verses you are talking about finding a shelter, have you found it in your real life? It is somehow connected with the song “Shelter Me” that you wrote for Cinderella?

Tom Keifer: I don’t think we really do find a definitive shelter in life….everything in life is about change and keeps moving…….this song is about changes, surprises in life, it never stops, otherwise it will be very boring.

RYL:  What is behind the song “Cold Day in Hell”?

Tom Keifer: A lot of songs are about falling in love, Cold Day in Hell talks about falling out of love and relationships that end.

It is a song about emotions

RYL:  “Nobody’s fool” it is a song you wrote during Cinderella’s years, we want to ask you what is behind its lyrics….

Tom Keifer: It is the same of Cold Day in Hell, it is funny, I was just kind of saying it, same topic…..

I’m also anticipating your next question because they always ask me who is behind these songs…..if there is somebody specifically .

I reply that , yes, I wrote this songs based on my personal experiences, you know….it happens sometimes to have the hearth broken…

RYL:  You play, of course, electric guitar, our next question is about which was the best guitar you ever played in your life….

Tom Keifer: This is a different question, usually they ask me which is my favorite guitar…well ….I would have to say the answer is between two guitars…. My 1950 Fender Caster and 1959 Sunburst Les Paul

These two guitars have two different sounds so I can’t really choose between them.

RYL: What does represent rock music for you?

Tom Keifer: It is an expression of myself, what is inside of me…sometimes it is like therapy……sometimes better than to visit a psychologist….for sure less expensive

It feels good also, when my music is helping other people finding inspiration for life

Tom Keifer: We are in process of defining the next gigs, nothing confirmed yet now. We will tour definitively USA and we hope Europe and other Countries as well.