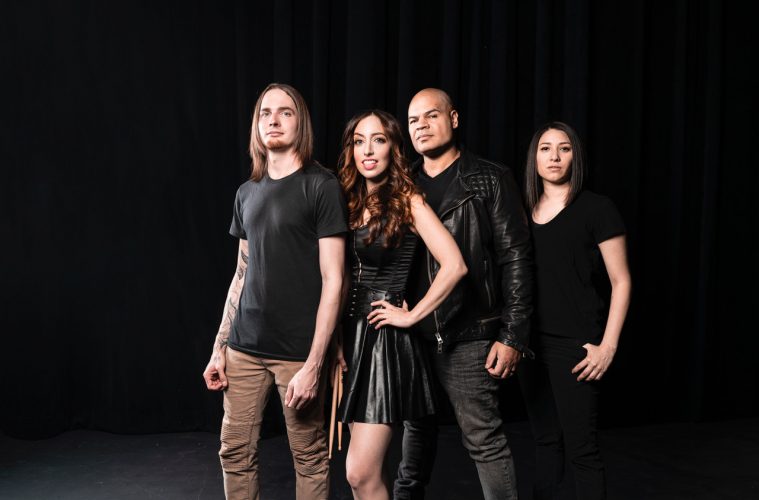 How do you usually write the lyrics of your songs?
Mostly the music first, then a chorus idea and then the rest.

In your opinion, what is the most important thing in songwriting?
Talent! I’m kidding… not really… Passion is the driving force of all music. The coolest ideas in the world mean nothing if it doesn’t make the audience feel something deep within them.

Are you ever scared of revealing aspects of your personal life/experience to strangers through your music?
Not at all… like most musicians, I live in a fantasy where everything about me is interesting and inspiring to everyone else!

What is the best lyric that you ever wrote (the most meaningful for you)?
Virtually unanswerable… I write for so many artists and there are literally hundreds of songs to consider. One of my favorite Ra lyrics is “It’s always been the way that it has been, falling through a hole inside myself, I can’t remember hardly anything but I remember holding your hand…” the first line of the song ‘Taken’. It’s also because of the way the song sings…

What inspired “Armalite”, part of your upcoming album “The Witness”?
In my regular engagements on Facebook, I’ve talked about the gun issue with people on both sides and felt compelled to learn as much as I can about the subject. I was impressed by how complex the issue is and felt myself drawn keenly to the middle. My heart breaks when i think of the guy getting shot by the cop in his car while his daughter is in the back seat and conversely I also get the dad with a gun who hears a loud noise and a possible home invasion protecting himself and his family. I wanted to write a song that toys with both notions but isn’t obviously choosing a side. The word Armalite is a trigger word for a lot of people because it is what the AR in AR-15 stands for. It also happens to sing really cool which in itself makes it a great choice for the song to me. I think the song is really trying to poke both sides of gun culture in order to try and meet in the middle.

Do you remember the day you wrote “Out of Chaos”?
Sorta… songs are mostly a blur to me. That one in particular took under 30 minutes to write lyrically. I love tracks where i can be mostly poetic and metaphoric. Those are the easiest. In the search for order we lose sight of the beauty in the chaos…

And “Nothing”, part of your fist album “Alchemy”?
‘Nothing’ was a little more typical butt rock radio lyrics in that they are sorta depressed and dark in a traditional post nirvana way… but there are some good images in that one.

Is there a link/a common theme among the songs of the new album?
My first answer would be no… but then I always show my hand more than I think on a record and then end realizing it a year later! There are some themes that are kept from ‘Alchemy’ to reflect some of Meytal’s conspiratorial beliefs. She’s crazy… she gets into all the reptilian aliens running the world stuff and secret societies, so we have a few songs that jump on that!!

What is the best suggestion your producer gave you?
Well I produce everything, but I’ll tell you the best advice I’d ever gotten from a producer in the past. Bob Marlette once said to me “I love your songs but sometimes I feel like your on the highway and your about to reach your exit but instead of getting off you just keep on driving cuz you think you haven’t gone far enough… meanwhile everyone is waiting for you at the exit you just passed.” It was a real aha moment!

What are your plans for 2019?
To promote MEYTAL and rock out with all my bands and artists!