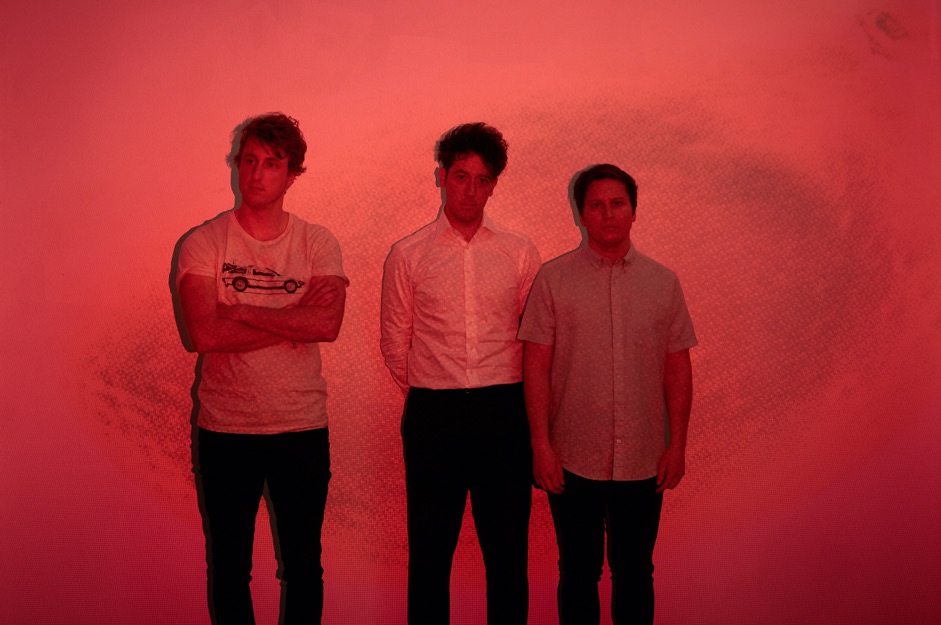 Reveal new music video for ‘Lemon To A Knife Fight’

Having already sold out 11 of their 15-date March UK tour, The Wombats have revealed a new music video for ‘Lemon to A Knife Fight’, the first single from their forthcoming new album, ‘Beautiful People Will Ruin Your Life’, due February 9th 2018 via Kobalt Music Recordings.

A tale of redemption, the video arrives dark, grisly, yet positively empowered. Speaking of his inspiration, director Finn Keenan explains:

“The idea for this video came from the line in the brief ‘David Lynch meets Power Rangers’.

I wanted to make something that started off dark, surreal and little bit disturbing but then flip it on its head with a big ole’ twist that led to a ludicrous ending.

These hunters do this every month, but this time they picked the wrong werewolf. I wanted the viewer to feel such sympathy for the main character, and such disgust for her captors that when the tables turn it’s quite the satisfying romp!

I wanted it to have a deep-South America vibe so naturally we shot it slap bang in the middle of nowhere in Ireland, in my tiny hometown Cavan, which surprisingly made for a pretty convincing backdrop!”

The Wombats will tour the UK through March 2018 on the 15 dates detailed below, 11 of which sold out in under a week. 2017 has already seen the Liverpool-bred trio headline Brixton Academy (which sold-out in under 24 hours), as well as two sold-out nights at the Sydney Opera House.

Having debuted as Annie Mac’s ‘Hottest Record’ on BBC Radio 1, ‘Lemon To A Knife Fight’ has received over 1 Million digital streams, 22 global placements in Spotify’s New Music Friday and Apple Music’s ‘Best Of The Week’ and ‘A’ List.

2015’s ‘Glitterbug’ album, that debuted in the Top 5 UK Album Chart and Billboard 100, has received over 200 million digital streams, surpassing even the band’s euphoric hit singles ‘Let’s Dance To Joy Division’, ‘Moving To New York’ and ‘Kill The Director’, that established them as chart-quashing champions of the noughties guitar pop explosion.

Set to headline North America this January, and to join The PIxies and Weezer through the US in June and July, The Wombats will play the following sold out UK headline shows through March 2018.Remaining tickets are on sale here – www.thewombats.co.uk 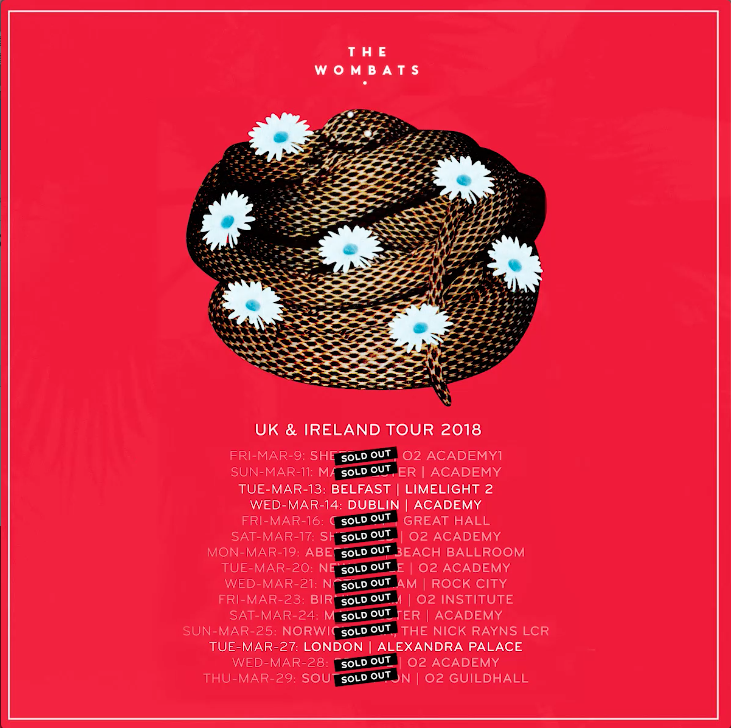