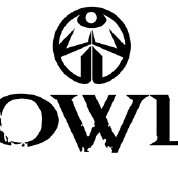 Things You Can’t See is the title of Owl’s new album due out July 28th. Are you happy about the feedback you have received so far? What it does mean for you lyrically speaking?

Yes I am happy with the feedback! People were really digging our recent show at “A Taste of Minnesota.” I’m loving the response we’ve been getting in the press as well.

It is really great to see that kind of excitement about music.

We really enjoy pushing the envelope and getting noticed for it.

Lyrically speaking it is raw and emotional. I like the play on words in “Witches Familiar” for example….who is in charge the witch or the familiar?

What does “Who’s Gonna Save You Now” mean for you?

It represents the Hollywood type that has no problem taking. It doesn’t matter if the devil is buying. 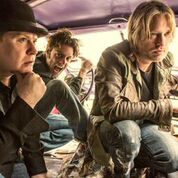 It is mystical and magical and yet it embraces raw human topic matters. It mostly deals with relationships including bands, love, family etc. It all comes together while we also have fun with fantasy elements.

Which is the most personal song of the album?

“Lake Ego” really captures the toxic relationship concept. Whether its your lover or friend or co-worker.

20 years in Hollywood, you can imagine some of the stuff I have seen and been through.

How do you usually write the lyrics and music of your songs?

I usually hear the chorus and have a concept that feeds the lyric. It feels a lot like channelling and receiving.

I like simple words that go deep. I want people to get it right away, yet there are subtle things you will hear on each new listen.

Selfish Rock Stars and ex-girlfriends. I have learned lots about staying away from certain things but the experiences gave me great music.

Which is the best verse you ever wrote? 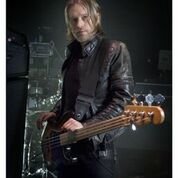 In “Alive”:  “If you got what you thought you needed, would you let yourself show? Oh how I want you to. Will you ever share?”

This lyric asks the question….. If you had everything would you be ok?

Which is the last song you wrote (not published yet)?

What was the inspiration for “Witch’s Familiar”?

This one is fantasy mixed with the struggle for power. Who is in charge?

Tell us how your touring this summer with Owl and Ace Frehley is going so far.  What has been the highlight, and what are you most looking forward to?

Playing with Ace is amazing. Last night we played the Surf Ballroom in Iowa.

This is a special spot were Buddy Holly, Richie Valens and the Big Bopper played their last show. There were fans dressed up like Ace and I can’t believe the attention to detail they have with the makeup and outfits.

And Owl just played “A Taste of Minnesota” on July 4th where we played the title track from our new album Things You Can’t See live for the first time, which was cool because it has lyrics about  the Fourth of July.

It went over great! More to come!