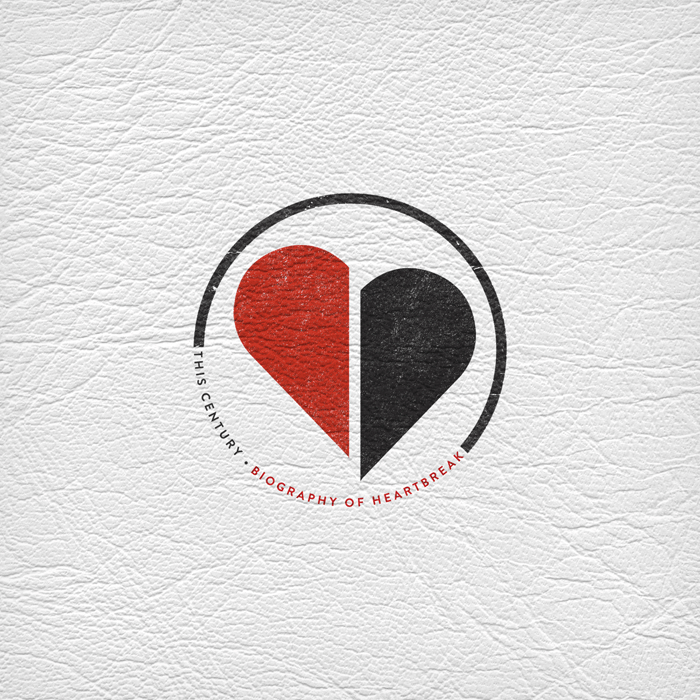 THIS CENTURY – interview with Joel Kanitz

Joel Kanitz, voice of THIS CENTURY (http://www.thiscenturyband.com), answered to our questions regarding their most famous lyrics and future projects….

RYL: “Forbidden” is our favorite song from your last album Biography of Heartbreak, can you provide some insight into it’s lyrics for us?

THIS CENTURY: “Forbidden” became a story about an individual who closes herself out to what could be a relationship that blossoms into something great.

She ultimately allows her unrelenting grip on the past and unrealistic expectations for the future to be the driving force in her decision making, which not surprisingly results in perpetual disappointment and loneliness. She might not consciously acknowledge that’s what’s going on, but that’s what’s going on.

The song is written from the perspective of the individual being shut out (we’ll call him the protagonist), an outsider looking in, trying to make sense of it all. I’m sure many know a person like her, and some may have even been in a similar situation. I guess the message here is, if one is habitually thinking there’s always a someone out there who’s better, nobody will ever be good enough.

Combine that with an unreasonable fear of the past and one sets themselves up for a long road of isolation. As far as the outlook for the protagonist, I’d like to think he goes on to find love and contentment.

RYL: Which one of your songs has the deepest meaning for you?

THIS CENTURY: That’s difficult to say as they all come from a very real place. I suppose “Footsteps” is special to me because when Sean and I wrote it, I had my grandpa who passed away at the front of my mind. Any time I hear that song I’m immediately flooded with memories of him.

THIS CENTURY: That process has changed over the years. Lately, it’s been quite collaborative amongst the three of us.

We’ll usually write out some lyrics that work with the melody and get the general message of what we’re trying to say across. From there, I like to go back and make any changes to words or phrasing that I feel would help the story and the flow.

RYL: Tell us more about “Slow Dance Night”, do you remember writing it?

THIS CENTURY: I do. We struggled with “Slow Dance Night” at the beginning of its life as a song, mostly because we didn’t exactly know where to go with it lyrically. We found ourselves running into walls because we were trying too hard to direct the story somewhere it didn’t want to go.

We finally decided to abandon the idea of telling a story and rather paint a picture of this night and what it would be like.

I think when we realized there didn’t necessarily need to be this A-to-B storyline going on is when the song naturally wrote itself and we were satisfied with the end result. The song is distinct in that regard…it’s the only one on the record that doesn’t have a narrative giving you that “The End” moment. It’s more or less a photograph, and that’s all it was really asking to be.

RYL:  Are you going on tour this summer? Where is the road going to bring you?

THIS CENTURY: As of now it’s too early to say. I’m in the middle of some vocal surgery and recovery stuff right now, so it really just depends on how long it takes to get back to 100%. Hopefully the road takes all over and then to oceans that we fly over to reach other roads in other countries! 🙂

THIS CENTURY: I like to think of “Run & Hide” as the lighter, more playful version of “Forbidden”. It’s similar in its essence, but it doesn’t wander out to some of the darker places that “Forbidden” goes.

I also don’t think the protagonist’s love interest has the same “never good enough” complex that you see in “Forbidden”. It’s just kind of a classic guy-courting-a-girl-who-simply-hasn’t-made-up-her-mind-yet type of story.

RYL: The last song you wrote (and maybe not yet released) was inspired by what?

THIS CENTURY: Actually one of the most recent songs (unreleased so I won’t reveal the name) is extremely personal as it addresses my vocal cord issues and just the ongoing mix of emotions I’ve dealt with for the past five years as a result.

This new record is really exciting to me because there’s a lot of that kind of looking inward, which I think will show a different side of us that listeners haven’t experienced much of.

That’s not to say we’ve never written songs like that, but with this album we really placed a lot of our attention there and explored a relatively unworn path.

RYL: When can we expect your new album to be released?

THIS CENTURY: Unfortunately, much like the touring, this is also predicated upon how quickly I can get my voice fully recovered. As soon as I’m good to sing again we’ll finish tracking vocals. Definitely before the next year!