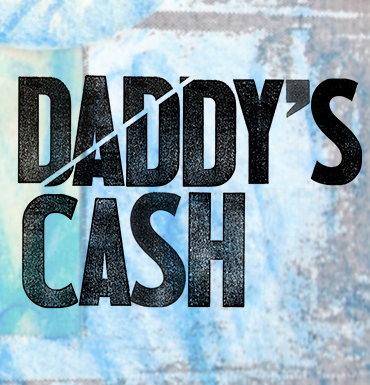 THIS IS MY PARTY – interview with DADDY’s CASH

RYL: We love your last song “THIS IS MY PARTY”! It received quite a lot of success! What inspired its lyrics?

DADDY’s CASH: Our whole album, which will come out soon, is the story of a single day. Every song describes a certain period of our daily life, the dawn to late night hours.

Of course, nobody would approve of partying not being in their daily routine so we needed a song to capture that. Obviously, there are countless songs about partying, that’s why we chose to go with the idea of a “classy” party.

RYL: Your last album is titled “Body Blues”…. What did you achieve with its release? Which was the main issue you encountered while recording?

DADDY’s CASH: “Body Blues” was, and still is, a pretty big success in Poland were we have promoted it by playing concerts. We reached Platinum record status in Poland. But, this record was never meant to be a fame machine.

We played blues because we love the music and it was a once in a lifetime experience to work on the album. Recording it was a lot of fun and very hard work for many days.

The time we spent in the studio gave us an amazing spirit and the confidence to take it to the next level. It inspired us to start working on our Hip-Hop material and to create the “Hello” album, which will be released on iTunes very soon.

DADDY’s CASH: Well referring to the first question, all of the songs in “Hello” are connected. Altogether the songs create a picture of a day – the lyrics are always about things that are a part of our daily routine.

RYL:  Which is your favorite verse of the album?

DADDY’s CASH: “Livin life, like a happy hour, get it while it lasts cause its gonna pass”. From our  “This Is My Party”. Showing some positive attitude towards life.

But, they were all inspired by what we experience in our lives. Generally they just hit us when we get together as a band to come up with new material.

RYL: Do you remember the day you wrote “DON’T”?

DADDY’s CASH: Of course! We really wanted to lay a nice and groovy blues beat. It actually took us a lot of time to make it sound the way in does. You need a lot of heart to play blues.

RYL: what inspired the lyrics of “We Will Never Know”, your new single to be released soon?

DADDY’s CASH: “We Will Never Know” is the part of the day when you fall in love. Everybody one day falls in love. This song captures the variety of feelings and sums up what love is all about.

Surely partying and enjoying ourselves is important in our lives, but the connections we have with other people is definitely more important.

RYL: When and how was Daddy’s Cash created?

DADDY’s CASH: Daddy’s Cash was started in 2010 by a group of close friends. We started with some small gigs we played together for fun. As the number of members grew we started to work on our own material.

That resulted in the band’s first album “That’s What The Blues Is all About”.

DADDY’s CASH: We are very busy with new material right now. Hopefully this summer we will be able to perform couple times in the USA.

RYL: Which is the best song you ever heard?

DADDY’s CASH: There truly are so many masterpieces in the world. If I had to choose, I’d say James Brown’s “Get On Up” and Michael Jackson’s “Billie Jean”.