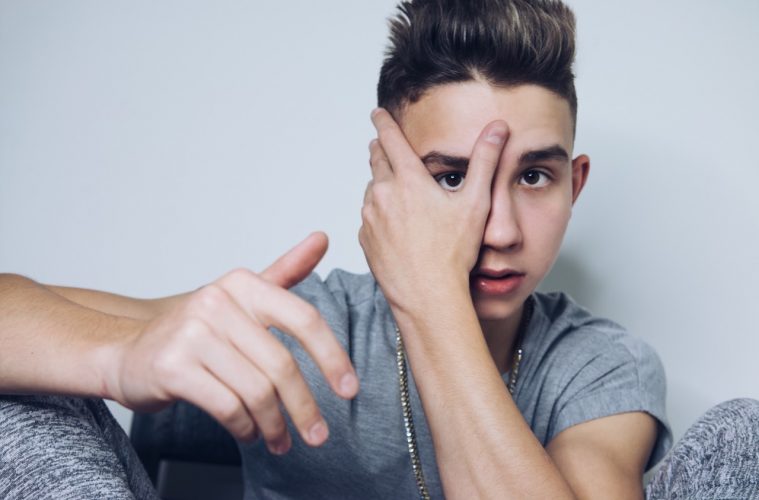 I usually loop the instrumental and sing some melodies and lyrics. If I hear something I like, I will pull out my phone and record it in my voice memos. Most of the time I will already have a particular concept in mind when I’m starting a song, so it comes pretty naturally.

I think melodies are the most important. The melody is what draws the listener in so that they will actually listen to the message you’re trying to convey with the lyrics.

Not at all! I think a beautiful thing about music is giving the listener a glimpse of what you’re feeling. I always try to write about what I’m feeling but at the end of the day, I have control over what I share.

I really love a line from my most recent song “Thrill Ride”. The lyric is “I won’t say too much, ain’t it crazy what silence can do”. This was based on a real experience I had. A lot can be communicated without words.

“Thrill Ride” is about letting go of inhibitions and having a good time, not worrying about other things and just living in the moment. It’s a beautiful feeling when you have nothing to lose and you just want to live. I wrote the song with Elijah Blake and Daecolm, both
incredible artists and songwriters.

And “A Million and One”?

“A Million and One” is about having feelings for someone that takes you for granted. In the song, the girl is running around with a guy who doesn’t care about her, but she is blind to that. I’m trying to show her that she is special and she deserves better. I wanted the song to be very honest.

When you will release a new EP or album?

I‘m releasing an EP sometime in the coming months! Probably end of Summer / beginning of Fall.

Do you remember the day you wrote “Julia”?

Julia was written mostly by Elijah Blake, and I do remember the day!
We were in the studio and he got the producer to loop a certain piano part, then he wrote pretty much the whole song in a few minutes.

What was the best moment of your career?

The best moment of my career was when I released my first song. It felt like a huge weight was lifted off of my shoulders because I was finally sharing my music with the world.

And the most difficult one?

I would say the most difficult thing in my career didn’t happen all at once, but it was finding myself as an artist. I grew up around a lot of music, so I had some trouble identifying what I really connected with and where I really saw myself. In the last year, I’ve grown a lot and learned how to channel my emotions into my songwriting and production.

Right now I just plan on releasing a lot of music, I have an EP on the way and another video coming out for my next single, “Catch Fire“. I’m also playing out as much as possible. Trying to workshop my songs and get really comfortable on stage.

To conclude the interview a short Q/A session, please answer the first
thing that comes to your mind: