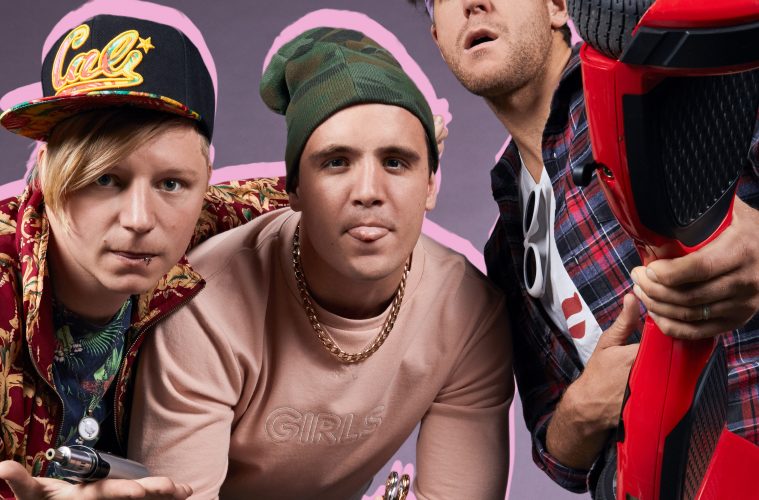 Harrison Nida: There are a couple ways! My favorite is when I sing all the lyrics through on the first time, which happened with “My World”.  It’s such an incredible feeling to have your subconscious be so on the surface and I think it makes it more raw! “Clownin’” was written the usual way, where I either start out with an idea or have a few lyrics stuck in my head and I craft them. For those classical geeks out there like me, it’s more like the difference between Bach versus someone like Debussy.

HN: The truth. It really bothers me when songs are written from a shallow perspective because it’s not saying anything useful. Music is a language, and lyrics are a huge part of the communication since they are part of both a spoken language and the musical one. I think lyrics are a big part of the difference between good and bad pop music.

HN: Yes, absolutely. There are some songs I literally won’t share with people because they’re too meaningful (and honestly, they’re usually not the best). As a solo artist, “Alienist” was my favorite song on the record but I was a little concerned about the lyrics and the dark nature of it. I talked about my concern of being mentally unstable, about rage and it’s connection to violence. Those who know me are surprised because I come across to most people as chill and happy but there’s darkness in all of us, and as an artist it’s important to be able to wield your emotions to best suit you. We have a song coming out called “What You Miss”, which was inspired by the song “Erlkonig” by Franz Schubert, inspired by the poem by Johann Wolfgang von Goethe. It wrestles with the idea of what it means to have multiple personality disorder (which, for the record, I don’t think I have after writing this song) and the idea of lust. I’m a little nervous about releasing it, apparently it gives Nathan nightmares, but I’m positive after my experience with “Alienist” and connecting with fans about mental health issues that most people will hear the truth in the song and see it for what it is.

HN: Wow. What an impossible question. I think off the top of my head, and I’m sure I’ll think back and realize there’s a better one, I’d have to say “Far away, my mind is far away”. I can’t think of a better lyric to open a record with. I love that we repeat words in the same line, something we almost never do, because it shows the emphasis. I am hugely influenced by Star Wars, an obvious one there, and when I’m creative I get a lot of energy that all goes inward. It’s been great working with this band because I’m learning to communicate that and it has helped me work with Allan and some other collabs I’m excited about.

I also used to get teased for being a space cadet. I would stare off while teachers were giving lessons, and they would discipline me for it, but it helps me think. Coaches growing up used to think I wasn’t paying attention to them, but I was literally picturing what they were saying in my minds eye, it’s how I think the most clearly. So that’s the real meaning behind the other influences.

HN: Me and Isabel had been watching American Horror Story: Freak Show, and the creativity of that show has always inspired me. Stevie Nicks made a guest appearance in Coven, where they said she was a powerful white witch, and it really struck me about the magic a singer specifically can create. I love “Dreams” off Rumors because it oozes a feel, and I try to keep that when writing and producing. Anyway, we were watching that show and shortly after we heard reports of these Clowns in real life. The fear behind it was so out of control, and I realized how much the media was playing it up. I wrote it before Trump was elected, and so the concept of “fake news” didn’t have the facist stigma that it does now. I thought it would be cool to lean in and write a song inspired by the real life events but also let my imagination run wild. I created this apocalyptic scenario of a war developing between terrifying clowns from outer space and these towns people who attack them.

HN: “Adrenaline” is a lot dumber than all of that lol I’ve always been attracted to the feeling of doing something you’re not supposed to. Growing up I was always on wheels, whether it was bombing hills on a skateboard or bmx, or later dirt biking. My uncle used to race hare scrambles. There’s a picture of me, when I’m about two, where I snuck into my Grandpa’s garage and climbed on my uncles CBR 1000. Apparently the men cheered and the women moaned, but that started my taste for going fast. In LA, I love surfing with the guys and that has been my source of that feeling, although I miss riding a lot.

Do you remember the day you wrote “Guano”?

HN: “Guano” was fun because even though I didn’t write it in one go, my subconscious was very present. I made a conscious decision to let my mind go, which I had to do to write a verse that only uses three chords, and allow creativity to flow. The lyrics came naturally until the second verse, which is pretty normal, but because it was a narrative it was pretty easy to finish them. I had no idea about what the pre-chorus lyrics about, and was weirded out that there was no real hook. The guys liked it though, and so I decided I needed to find a way to make the song stand out since the structure was so different. That’s when I made the conscious decision to make it a skate punk verse with an EDM pre-chorus and chorus. We didn’t use any synthes or computer sounds, everything you hear was done with guitars and a drum set. Cuni absolutely killed this song, using an e-bow to sweep the chords so fast they sound like an 8-bit video game. I lost my mind when he did that, I love that sound.

What has been the best moment of your career? And the most difficult one?

HN: Working with Allan. Hands down. I love the guys and I’m so glad they are excited about Victory Kid and willing to go on this journey, but I honestly don’t think it would have happened if Allan wasn’t there to make this record what it is. We believe in the songs and in each other and we always have, but until you’ve actually put the sound you want down and can grow from it, you feel like you’re chasing something you’re not sure other people can hear. It gave me the confidence to even ask Carlo and Nathan to form the band. It also helped me grow as a singer.

HN: Keep producing content. We have a lot of music videos in the pipeline. We are going on tour to Hempfest in Seattle in August, dates TBA, and we’re super excited about that. We’re looking to travel more. We want to get outside our scene in LA and spreading the sound to any place we can get to that wants to hear it!