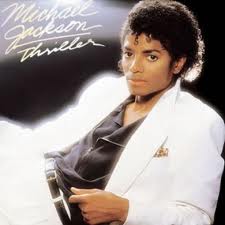 The story we are about to tell you we heard directly from Rod Temperton that participated to the seminar of Quincy Jones during Dubai Music Week.

Thriller has been written in 1982 as part of the album that carries the same name and it is considered one of the best song ever written, for sure one of  the most famous of the singer.

Maybe a lot of you don’t know that the song was not written by Michael, but by the legendary Rod Temperton, that worked with Quincy Jones in the production of the album.

Rod explained how he worked on the lyrics of the album and, especially , on Thriller.

First of all they started with the melody, giving no much importance to the lyrics; in fact he said that, while preparing the song with MJ, he was just dropping some “rubbish words to demonstrate to Michael how the melody went”.

This, until Quincy Jones asked him to find something big for the title as “they couldn’t call the album just  Billie Jean”.

The initial title was  “Midnight Man” but Quincy didn’t love it that much….. Suddenly, one morning in Rod’s mind appeared the name “Thriller”……and it was love at first sight.

That was the right word also because, as Rod said, the lyrics must reflect the personality of the person that sings them, otherwise the risk is to result un-real “The singer must sing a song from his own heart”.

“Because of the love that Michael had for the movies I thought the lyrics had to be a bit melodramatic”, so he decided to write that kind of horror -style that was also the style of the video of the song.

A video, as Quincy Jones said, made the fortune of Michael, but also of MTV that started to play it everyday and increased its viewers.

Do you want to know a great behind the scene? Rod was quite obsessed about the pronunciation of the word Thriller…. “I had to teach to Michael how to pronounce Thriller in a nice and pleasant way” 🙂