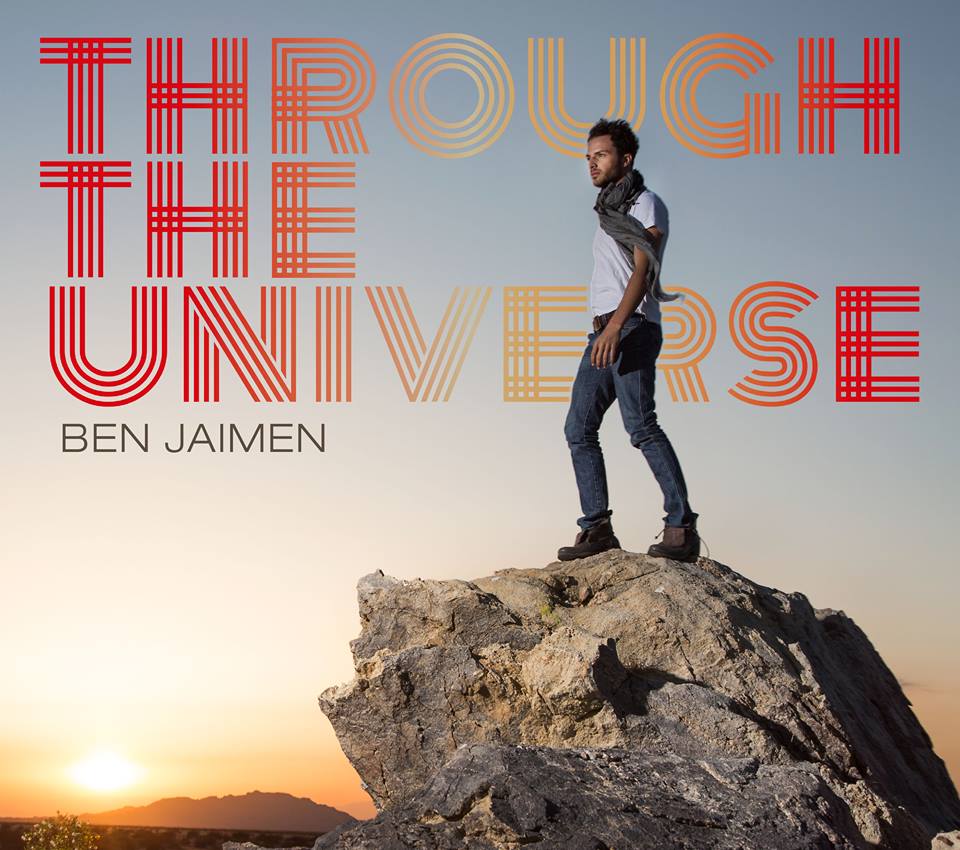 Through The Universe – interview with Ben Jaimen

RYL: Your new single is titled “Satellites”…. why this title? What inspired its lyrics?

Ben Jaimen: “Satellites” speaks about the kind of love that has no limits, a love that goes above time and space.

A sort of love that catapults you into a state of ecstasy: when you feel a pure energy of joy and happiness. And it’s not limited to a romantic love only. It can be any type of love.

That’s why I like to refer to it as a “universal love”. And it fits the whole idea of the EP, “Through The Universe”, don’t you think?

RYL: What is the most important thing you need to have near you when writing a song?

Ben Jaimen: A good cup of coffee, my notebook, and lots and lots of space…. Both physical and metaphysical.

Funny enough I find that space when I’m completely isolated and by myself, or when I go to places that are packed with other people around me, like coffee shops, bars, in an airplane, on the beach.

RYL: Is there a common meaning/theme between all the songs of the new EP “Through The Universe”?

Of course you can never summarize every chapter of your life with a six track EP. However, the idea of the record was to produce something that reflects me both as an artist and as a person. I had the huge privilege to travel and live in many different places around the world, including Berlin, Tel Aviv, London, Bordeaux, Cordoba, and now LA.

I grew up speaking three different languages, and I’ve always been fascinated with different cultures and the stories of our human society.

Every single song on the EP is somehow inspired by personal experiences and stories that I collected throughout my own journey so far. Stories that are connected to all kinds of emotions.

RYL:  Do you remember how the lyrics of “Tokyo” were written?

Ben Jaimen: Of course, actually they all came out in one single flow.

It’s funny; sometimes it takes me forever to write the lyrics for a song, it sometimes can all come together within minutes. I lived with “Tokyo” for quite a while.

I always felt the mood and energy for the song, envisioning its production and performance. And a few days before we recorded it, the lyrics simply jumped out of me.

Ben Jaimen: Well, if you combine the question from before and question number 2, you kind of get the answer 🙂 Generally I have to be inspired by a story.

Something that fascinates me, emotionally and with regard to content. Most of the times the music comes first.

Somehow I can express my feelings the best when I start to put them into music. Once I hear the music, I can hear better what words have to be written down.

It’s as if they come from somewhere else, I just listen and write them down.

Ben Jaimen: “Die For You” is the exact opposite of the type of darkness and desperation that you hear in “Tokyo”.

The inspiration for that song came from a time when I began celebrating life again after going through a very emotional break-up. It talks about those moments when you realize how much more important it is to live and appreciate life than cry over a lost love. I find it amusing that the hook and title contain the word “Die” when it’s all about living.

Ben Jaimen: Having fun and having a connection with the audience!

RYL:  How Los Angeles is influencing your music?

Ben Jaimen: Very much, cause it’s another new hometown. Every time I travel or find a new place to live, it’s almost like beginning a new life. And that’s always filled with excitement and new experiences.

Ben Jaimen: This will be my first US tour. So I am super excited about that. I will mostly do unplugged shows, going with the car from city to city, having my keyboard in the back.

I just finished a 40 days Youtube series, where I recorded and put out a new song every single day, for 40 days! Fans had the chance to request songs, also covers of course.

So maybe I’ll do that for the tour as well, giving fans the opportunity to request a song that I should include into my show.

Other surprises I won’t tell, cause then they wouldn’t be a surprise anymore! 🙂