rockyourlyricsJanuary 19, 201893 views
News93 views 03 min read
Los Angeles, CA – When underground rock legend Tia Sprocket (Ministry, Hank Williams III, Shooter Jennings, Luscious Jackson, Sexpod, Gut Bank) died from complications arising from addiction in 2017, she left behind a treasure trove of recordings that had somehow survived the tumult of her final years.
Now, exactly one year since her death, Tia’s family is making her music available on Spotify, iTunes and all major digital streaming platforms with the release of “Lady Jane”, a four-track, posthumous EP, re-mastered by Dave Collins (Black Sabbath, Madonna, Jane’s Addiction) and to be released January 27th, with a full album release slated for April 2018.
The tracks on “Lady Jane” showcase Tia’s gravely, unrepentant vocals, homages to the backwater blues and 70s rock that so deeply influenced her.
Recorded in Hollywood and Nashville around 2004/5, these salvaged gems give a glimpse into the poetic soul of an authentic and uncompromising artist whose life’s mission was to rattle the world’s cages, spit at social mores and lift the veil on emotional hypocrisy.
The first and only female drummer to play in Ministry and former bassist in Luscious Jackson, Sprocket, originally from Hoboken, NY, built a reputation as a fierce and charismatic musical talent throughout the 90s and early 2000s. The first bass player in Shooter Jennings’ band, she also collaborated with Hank Williams III, going on the road with him in 2003, the same year she was hired to be “rock coach” for the film “Prey for Rock ’n Roll” staring Gina Gershon and Drea de Matteo.
Between 2003 and 2007 she wrote and recorded dozens of songs showcasing her remarkable vocal and songwriting talent on top of her ferocious skill as a drummer. “If you ever got to be in her presence hearing her sing one of her songs, you were lucky, one of the blessed,” Hank Williams III told the LA Weekly, which ran a full feature on Sprocket following her death last year, entitled “Rock Just Lost One of Its Fiercest Outlaws”. 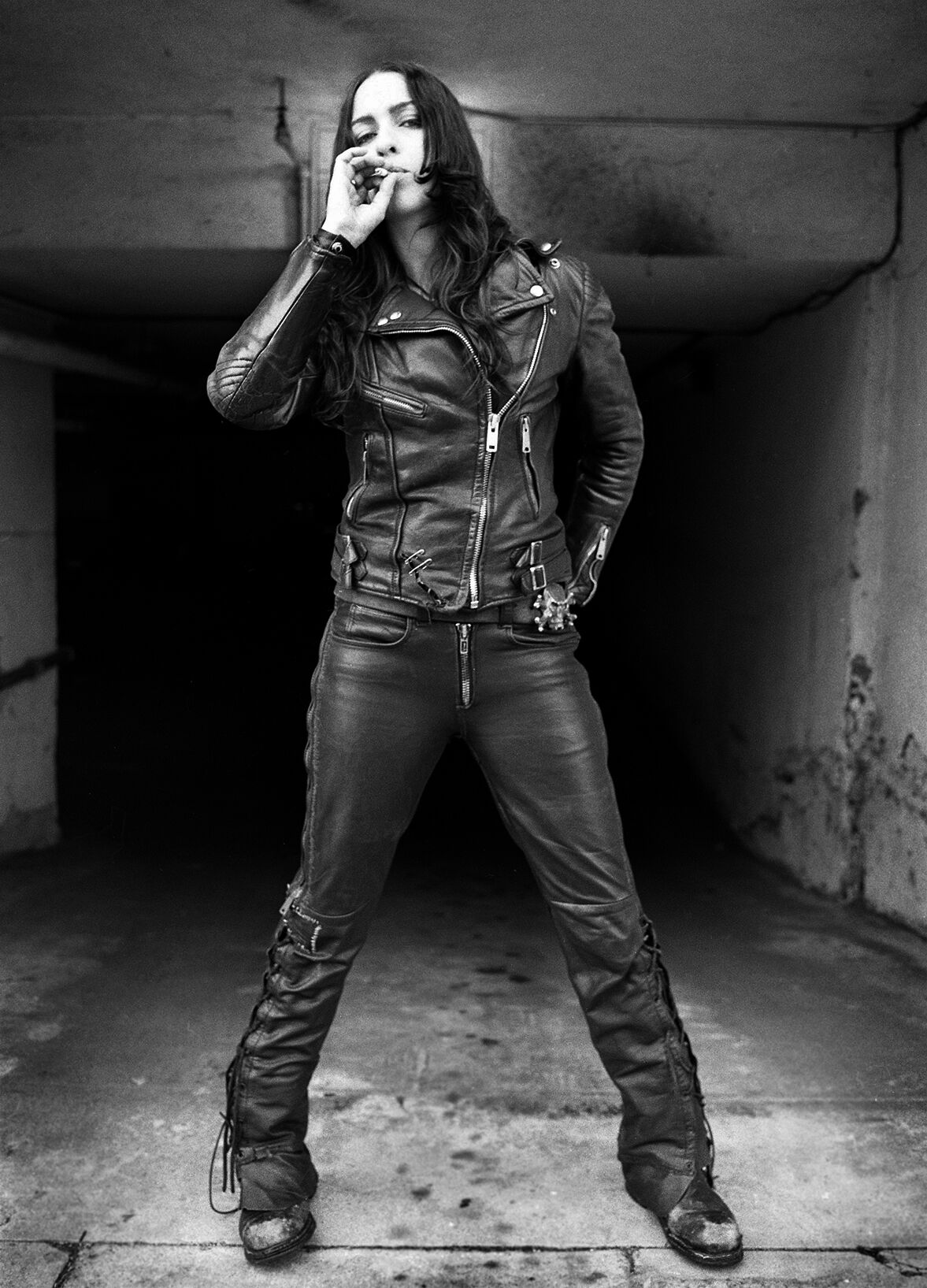 Shooter Jennings performed at Tia’s memorial in LA, watched by Tia’s mother Stanlee Palmisano, musician/label head Marc Sallis (The Duke Spirit / The Bulls / The Saint James Society / Blank City Records co-founder) and screenwriter/journalist Caroline Ryder (Dazed, AnOther) who decided to pool their resources in order to ensure Tia’s music would be heard by a broader audience, with all proceeds to benefit the homeless in acknowledgement of Tia’s own difficult experience of living without shelter in LA.
“We are lighting a candle in honor of Tia and those who struggle with mental illness and addictions, in a world where there is so little refuge for them, and so little opportunity to get care and assistance,” says her mother, Stanlee Palmisano. “This music, we hope, will provide some hope in the dark.”
Says Sallis: “Hearing those songs for the first time at Tia’s memorial left me both moved and inspired – if I had left a body of work so good, I would like to think that someone would be able to continue the work of getting the music out into the world.”
“Lady Jane” EP artwork was designed by LA artist Elza Burkart based on photography by Liza Orozco, who documented the last years of Tia’s public life before she withdrew from the music scene.
“Lady Jane” will be available on iTunes, Spotify and Soundcloud January 27th.
http://www.laweekly.com/music/rock-just-lost-one-of-its-fiercest-outlaws-tia-sprocket-7910297
For More Information:
https://www.facebook.com/tiasprocket
https://www.instagram.com/tiasprocketofficial
(Photo Credit: Liza Orozco)