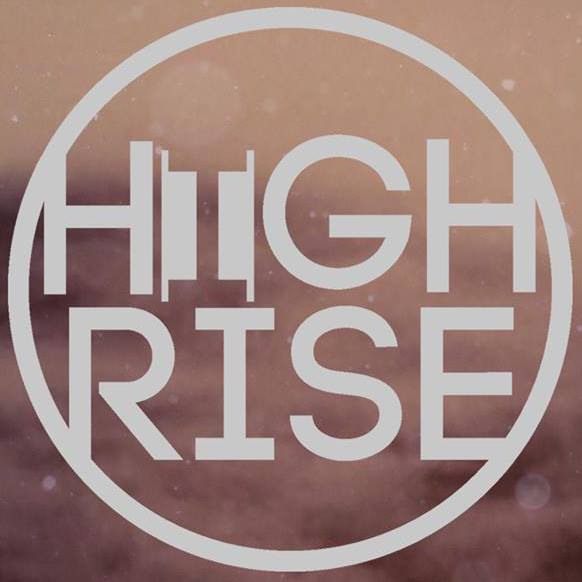 Tides will take you – interview with High Rise

RYL: “Tides will take you” will be released the 9th of march, what do you expect from its release?

HIGH RISE: In all honesty we’re not too sure what to expect, as it’s our debut so it’s kind of a real shot in the dark and a bit of a test the water with this one, if it went viral that would be incredible haha! but that might be a too high expectation.

We are definitely really excited to be getting this out to everyone and sharing our passion with the world.

It would be great if people came to us and told us that they relate to the meanings in the tracks in any way, that would be really be cool, but what we really hope and expect is for everyone to hopefully want to come check us out live and see what we’re all about!

HIGH RISE: We tend to all gather at a house or in a cold garage, with pizza, snacks, beer and just have a big old laugh and a moan about what’s just happened in our day to day lives, whether it’s at our jobs, education, personal life, anything.

We got these ideas down and once we get that subject matter, we just all throw something in the pot and see what comes out.

Real events in our personal life inspires us because we want everyone to maybe feel like they can relate to our tracks somehow and the only way anyone can relate to anything is if it’s real.

HIGH RISE: We wrote our first song about a year and half ago now, at the time we didn’t really know what sort of sound exactly we was going for, one of us I remember was ticked off about something, which led to us bringing ideas and a chord progression to the table.

So…during while we were in the rehearsal room with this notion of writing something angry, it surprisingly turned out sounding pretty cheerful and uplifting instead of what we originally had planned, looking back on it now, we all had our own individual goal as to what we wanted to sound like beforehand so quite truthfully it was one big mess really, but we had fun and we continued to write more and more.

HIGH RISE: Memories was originally inspired by us guys remembering some old gigs we used to play at our once local venue ‘The Peel’ in Kingston – London which unfortunately got shutdown and is now a pile of rubble.

We then discussed how we didn’t play much after leaving college, we all had to grow up and get normal jobs like we were told.

At this stage the writing steered towards something on a broader scale, once we got into that rehearsal room we had a rough chord progression, melody/lyrics in mind, mostly based around this subject of why do we have to do the things that everybody else does because that’s what everyone tells you that’s what you have to do?

We understand Jobs and money is important but so is life fulfillment and doing what you love doing and having a good time while you’re here.

Memories is about remembering what went wrong, what got in the way, learning by your mistakes, picking yourself up and going for it again.

In a nutshell you could say it’s about not following the crowd like a sheep and leaving a soul destroying job.

RYL: What is better….an acoustic or an electric guitar to write a good song?

HIGH RISE: Definitely electric, initial first ideas can be thought of on an acoustic but we’d never know what a song truly sounds like until we plug in that electric, crank it up and get them ideas bouncing around!

RYL: Your favorite verse written for your last EP “Tides will take you”?

HIGH RISE: I’d say our favorite verse would have to be “This is war, before it began, it began with us, let these waves of memories wash over me.”

Mostly because this section of the track builds into a real fist pumping pre-chorus.

The lyrics and the rhythm section really drives this verse and punches it into that pre-chorus, which tends to get people really moving when we play it live.

HIGH RISE: The best show we played so far was recently when we played this youth centre in Medway, there were so many people and everyone was just going nuts!

They were belting out the lyrics, we had a wall of death and a circle pit! (Tom – Guitarist): The best show I’ve seen live was probably when I saw Gallows back at Sonisphere 2011, it was Frank Carters last show with the band and they had a circle pit that stretched from the stage to the back of the PA, it was insane!

Because it was so big everyone was kind of walking around rather than running, but was still the most awesome crowd response I’ve ever seen.

HIGH RISE: We’re planning to hopefully get onto a Festival as it’s a year of debuts for us at the moment. We are also looking into another tour over the summer.

We want to keep it as fresh and exciting as much as we can for everyone.