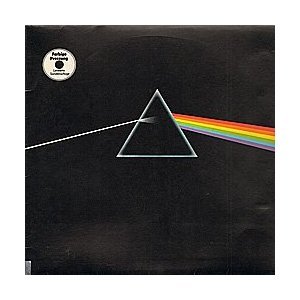 The idea of this name came from Syd that was inspired by two bluesmen, Pink Anderson and Floyd Council.

In 1967 the lineup was definitively completed by David Gilmour (lead singer, guitar and song writer).

Can you imagine the lyrics that a band with all songwriter is able to produce? It happens rarely and when it does….. then we have something unique like Pink Floyd.

Unique as their record of album sold: over 250.000.000 copies worldwide……..this due to their music progressive and psychedelic and their way to perform live that made the experience of the audience even greater

The band went through several problems; alcohol abuse, drugs, fights but the most shocking moment was the death of their friend and founder Syd Barret.

Madness or overuse of drugs (lsd)? We don’t know maybe both…… surely Barrett was impossible to manage, on stage, during studio sessions or in his private life.

But it is missing something, actually somebody: Syd

The album talks about conflicts, greed, the passage of time, and mental illness, inspired by Barrett’s state.

Roger Waters wrote the lyrics but the credits have been given to all band members…..maybe represented by the ring of the clocks that open the song.

The Lyrics talk about life; it is not about preparing yourself for what happens next, but about grabbing control of your own destiny. ………..and this is what Roger Waters was thinking that time……..he felt unprepared for what was happening to him, to the band, to his friends………..

But who can control life? Not even Pink Floyd…………Time runs fast and the only solution is live the life at his best.

The song is also very introspective, with a strong desire to reach back home and be protected by it…..maybe a desire to stay away from the sun…..from the life exposed that they were living…..maybe just for a bit.

For other articles about Pink Floyd https://rockyourlyrics.com/comfortably-numb-pink-floyd/