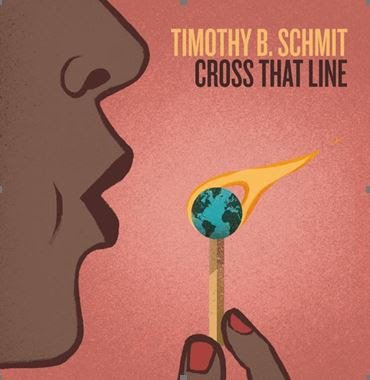 rockyourlyricsSeptember 14, 20200 views
News0 views 02 min read
Timothy B. Schmit has released “Cross That Line.” Written by Schmit, “Cross That Line” is the first song from a new album he has been recording since the Eagles’ “Hotel California Tour” was paused in March due to the COVID-19 pandemic. Listen to “Cross That Line” HERE.
“I’ve had this song in my back pocket for almost a year now, and I’m not sure why I’ve waited so long to release it,” explains Timothy B. Schmit. “Then it became clear to me about two weeks ago that now is, indeed, the time. There is nothing else I can say about this piece other than the song speaks for itself.”
“Cross That Line” was produced by Schmit and Jeff Peters and features Smokey Hormel (Beck, Johnny Cash, Neil Diamond) on lead guitar, Herman Matthews (Tower of Power, Tom Jones) on drums and Greg Leisz (Bon Iver) on steel guitar. Schmit plays bass himself and his three children (Jeddrah Leiterding, Owen Schmit and Ben Schmit) are part of a large chorus that provide backing vocals.
Timothy B. Schmit is one America’s most prolific musicians, with a solo recording career that has produced six albums. He has appeared on a multitude of other artists’ recordings including Steely Dan, Vince Gill, Dan Fogelberg, Clint Black, Crosby Stills & Nash, Bob Seger, Jimmy Buffett, Ringo Starr, Elton John, and Warren Zevon, as well as his contributions to Poco and the Eagles.  Timothy has won three GRAMMY Awards and was inducted into the Rock and Roll Hall of Fame and received the Kennedy Center Honors as a member of the Eagles.