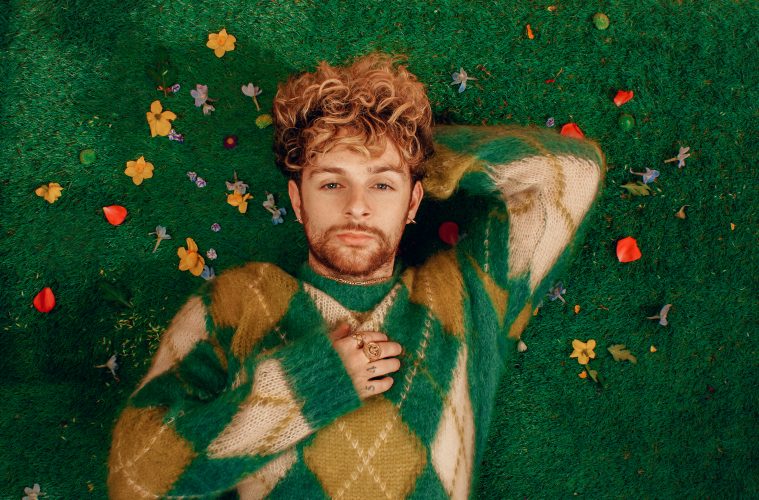 Tom Grennan is back with the release of his scorching new single, ‘Remind Me’. The euphoric singalong, recorded in northwest London with LostBoy (Griff, Anne-Marie, Dua Lipa), is the curtain-raiser on what promises to be a huge 2022 for the Bedford-born breakout star. Listen HERE.

With two platinum-selling Top 10 singles, a UK Number One album, two BRIT Award nominations, 100,000 gig tickets sold and over one billion streams – ‘Remind Me’ sees Tom Grennan return with a bold artistic statement and an onrush of creative energy.

Arriving with an exuberant, elated bang, ‘Remind Me’ captures Tom’s fresh outlook and gratitude for the characters in his life, and the magic of a chance re-encounter.

Speaking about ‘Remind Me’, Tom said: “I wanted to write a song that reminded me of a moment in my life where I realised I had given up something that was really making a difference in my life – in a good way. It’s about reconnecting. It’s that feeling when you’re at the top of the rollercoaster and you’re like: this is the best feeling”.

Tom is currently in the studio working on new music for his anticipated third album. “I have a new story to tell,” Grennan says. “I’m on a run, I’m in sixth gear.”

Across spring and early summer, Tom Grennan is touring the US, Europe and Australia, a long and glorious run-in to his birthday homecoming gig at the 15,000 capacity Bedford Park on 4th June. Grennan’s biggest UK outdoor headline show to date. Tickets are available HERE.

More global touring awaits as Tom is finally able to travel the world to meet the bottled-up fan excitement generated by his second album, Evering Road. In South Korea alone Tom has become a superstar, with the BRIT-nominated ‘Little Bit of Love’ (his first UK Top 10) streamed 30 million times and covered by a clutch of K-Pop talents, including Monsta X. And all this without his having set foot in the country.

‘Remind Me’ is the sound of an artist at the top of not just a rollercoaster but also his game. This is where Tom Grennan is at now. Get ready for the ride!