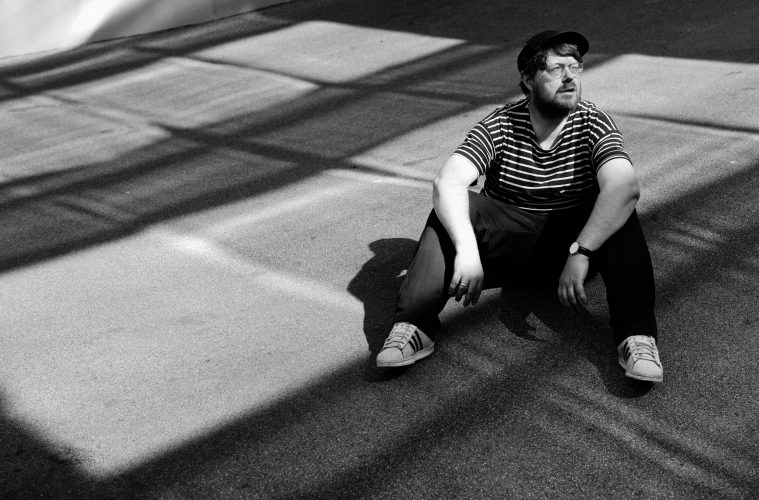 Love Is Robotic – Interview with Jacob Bellens on songwriting

It differs from song to song. Sometimes I write the words before the melody, sometimes the other way around. I always try to explore somewhere I haven’t been before thematically, or perhaps methodically. Mainly because I  have a tendency to be lazy and do the same thing over and over again as soon as I find a formula that works. I often end up writing a bunch of songs in more or less the same way, using the same themes, or the same creative procedure if I find something worth diving into but it also always has a  natural tipping point where what comes out of me just becomes dull, repetitive and more of the same. In other words, I try my best to seek variation in the writing process and use different tools whenever possible.

Hmmm.. Well, you need something worth remembering, whatever that might be. A catchphrase, a hook, a certain feeling invoked by the music, the words or the sonic texture of the production or even the general sound design itself. I guess it’s what most people refer to as the X factor, which is actually not a bad wording, since there is no formula and therefore no wrong way of achieving the wanted result. You can get better at the craft, at writing, producing, coming up with strong creative concepts, melodies etc simply by doing it enough. You can get better at opening up your mind, at generating ideas and letting your thoughts come and go, wander without prejudice. I guess lack of fear in the creative process is key and probably the most important guideline seen from my perspective.

I think everyone writing has thoughts about how the things you write will affect your personal life. Earlier I was never fully aware of what I was writing about since most of my output was quite abstract and metaphorical but the last couple of years my lyrics have become more transparent. The process have become more deliberate, meaning that when I want to express something more specific about someone close to me, its often a more conscious choice than it was before.

I never really think about it that way but now that I do, a line from Somersault stands out; ‘It was the end of a hundred years that took me by surprise’. Mostly because it reminds me of the 8 or 9 years leading up to me writing the song. My mother passed away overnight from food poisoning when I was 18 and the following many years i treated myself very poorly and didn’t think that much of myself. Smoking 60 cigarettes a day, often staying awake for several days in a row and being hyper anxious for the majority of my youth. In some ways, the song and that period it was written in marked a turning point, a beginning of something that meant something again. The song was a cautious attempt of a farewell to what was some of the darkest years in my life. That the song ended up meaning a great deal to quite a few people throughout the years have always made me feel like something good also came out it.

What inspired your new song “Love Is Robotic“?

And “Brick By Brick” of your last album „Trail Of Intuition“?

“Love Is Robotic” is me trying to develop the side of my lyrical craft that’s about relating to other people instead of just creating a world of my own like most of my work up until now has been like. It started with the intent of describing a feeling I had that what I was experiencing emotionally about my dad passing away was in fact, quite normal – and something that so many before had gone through as well. Not that it makes anything better, but It relieves the pain you have if you feel you’re alone in the world with your troubles.

“Brick By Brick” was a quite different outlook. It’s actually about my love for creating and living with music. Both in terms of what others refer to as a ‘career’ and just having the tools to express yourself through sounds, songwriting, rhythm and music in general. The pleasure of taking ideas apart putting them back together again with a different result. Tearing down and building back up again, playing with life. Like Lego.

Do you remember the day you wrote “Untouchable”?

Yeah, I do. I opened a blank Logic Project in the morning at a cafe named Granola where I had gone for breakfast. I was trying to do a remake of the rhythmical feeling of a song I had written a couple of years prior, (One of a kind from the “Trail Of Intuition” album) and made the instrumental as well as most of the verse and melody within the first couple of hours. I think I had some sort of argument with my girlfriend the night before and it was still sitting in me when it was time for doing the lyrics. I remember trying quite deliberately to find some sort of metaphorical wrapping for the chorus since I thought the verse and bridge was a bit too sobby and perhaps too personal in the initial version and therefore wanted some sort of counterpart to the closeness, something to broaden the perspective. I didn’t really think much of the song for quite some time after making it but my girlfriend, my manager and Kasper Bjørke, who produced the final version all noticed it and it ended up meaning a lot to me.

Is there a link/a common theme among the songs of the album?

I’m not really sure, not necessarily.

Less is more. Trust your instincts.

I’m working on a couple of new songs these days, something a bit more organic and handplayed but it probably won’t be released until sometime in 2020. However, I have been doing some more contemporary, produced and electronic stuff simultaneously during the first half of this year which will most likely result in singles that don’t necessarily belong on an album, much like ‘Love Is Robotic’. My plan is to both do more conceptual albums as well as single, stand-alone tracks in the coming years.