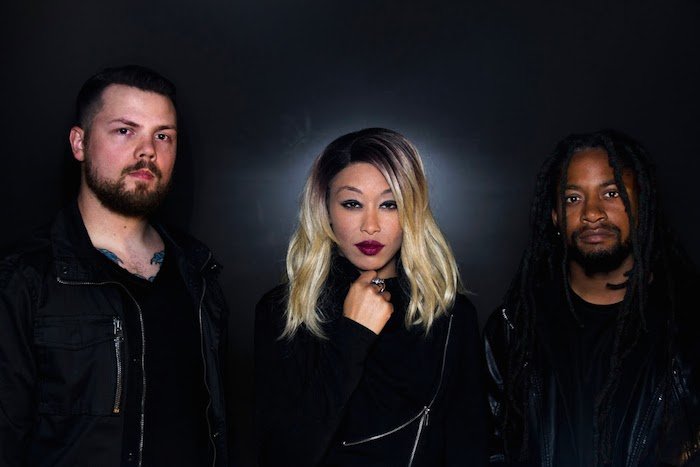 RYL: Your new EP “Transparency” will be released by the end of june, which is the main challenge that you encountered while recording it? What does it mean for you, lyrically speaking?

Straight Line Stitch: The main challenge we faced while working/recording the album were the family deaths of some of our members at the time.

During the writing process it was just a bleak time when nothing seemed to go right and everything that could go wrong did.

The experiences that we faced definitely influenced my lyrics immensely. I used lyrics as a platform to pick myself up and give myself hope.

RYL: Tell us everything about the song “Out Of body”

Straight Line Stitch: “Out of Body” is a song about how imperfect I am and how I always try to model myself after something I could never be.

It’s about me accepting and embracing who God made me to be…imperfections & all.

Straight Line Stitch: I do think a lot of my lyrics have a common theme which has never been intended it’s just I write about what I know. I know about being the underdog, I know suffering, I know sacrifices, fighting adversity and still carrying hope in the face of hopelessness.

RYL:  Which is, for you, the most important thing in life and in music?

Straight Line Stitch: I think the most important thing in life and music is being authentic and being true to who you are regardless of what others may think or say.

Straight Line Stitch: Usually the band will send ideas back and forth through emails or whatever and when a song finally gets solidified enough they’ll send the track to me.

I listen to the track for a couple days, start putting melodies together and soon those melodies turn into lyrics. The music totally dictates what and how I write.

RYL: What is behind the verses of “ Wilderness”?

Straight Line Stitch: Behind the verses of “Wilderness” the song slightly resembles the story of Hansel & Gretel.

It’s about the loss of support from people that I thought would always be there through thick and thin, but as soon as I made a mistake they took off, left me alone and lost. But ultimately l’ve found the bread crumbs and the light that leads me out of the wilderness and I refuse to look back.

Straight Line Stitch: The most important thing for me to do while doing music is to keep making music, to keep continuing to speak life and hope to the ones who believe that there isn’t any.

Straight Line Stitch: That’s a hard question to answer. I’ve written a lot of songs! I guess what comes to mind is my 2nd verse in “Tear Down The Sky”(I don’t think it’s the best verse I’ve ever written ) but I love how it’s written so cleverly and it clearly expresses the aggression that I feel without any filter.

That was the last stone that you f-ing threw

And if you died today I wouldn’t bury you

So get a f-ing clue

I won’t be broken

Not by you or the words which you’ve spoken

Where we go from here it’s not hard to tell

You were never who you claimed to be

What I feel is beyond belief

I feel my heart has fallen out of me

How I fell for your stupidity your hypocrisy

Your insincerity dishonesty and duplicity

I can’t believe that you had the audacity”

Straight Line Stitch: As of right now we are on The Civil Unrest Tour supporting Ill Nino until early July.

RYL: Do you remember how did you write “Dark Matter”?

Straight Line Stitch: I had tons of notebooks spread across my bed, my computer along with my headphones and I literally spent a couple days writing that song locked in my room.