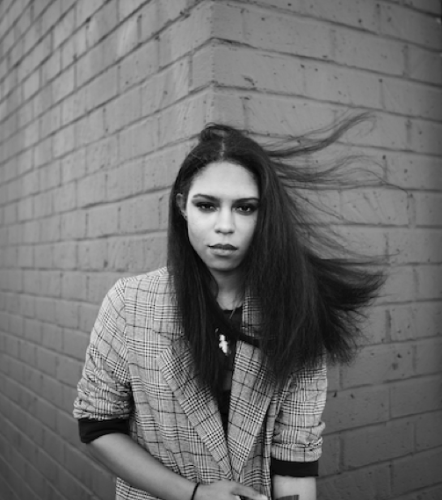 Troi describes the meaning of the song saying, “My earliest memories are of feeling like I didn’t belong anywhere. In a sense, I value this alienation because it forces me to value truth over comfort. A lot of people don’t like that – they’d rather keep their eyes closed, ears shut. So it drives this cycle and I become stranger than I was. And I hate that.”

Troi Irons is music’s gifted anomaly. She is a female in a genre that are few and far in between, but one that stands out from the rest of them all. Once signed to a major label, but now independent, Troi can now make the music on her own terms. As a result, being able to write, produce and play all the instruments help showcase her gripping lyrics along with having raw and realness on her sound. Her mission through her music and unmatched aesthetic is to spark a new renaissance of genre-bending indie rock and pop.

Her influences come from all over the map—the pointed lyrics of Alanis Morissette, the sinewy churn of The Dead Weather, and the in-your-face wail of Shirley Manson are just a few of the reference points that come to mind when listening to her debut EP Turbulence, and second project, Antihero.