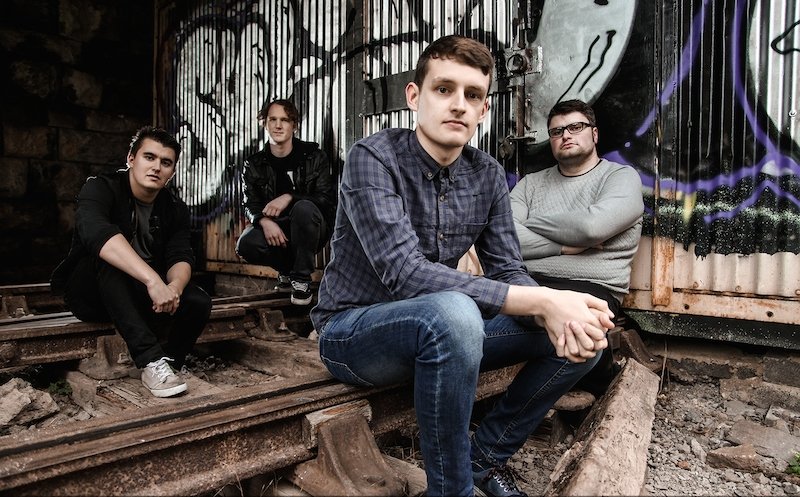 RYL: Your new EP “Two Mirrors” was just released, what it does mean for you? Which was its main achievement in terms of lyrics?

OH CAPTIVE: I always find the lyrics to be the hardest part of song writing so finishing a song at all always feels like an achievement.

OH CAPTIVE: There isn’t one theme covering all of our songs but the new EP does revolve around lack of progression and feeling stuck. There’s a reference to it in every song on the release.

RYL: Tell us everything about our favorite “Recover”…

OH CAPTIVE: Recover is quite an old song actually. It was written months before any of the other tracks on the EP. It has changed quite a bit since then though.

We really took it apart just before we went into the studio. The biggest change was adding the vocal bridge. That wasn’t in there originally but we thought it was a good way to bring the song to a close.

OH CAPTIVE: I always write the lyrics on my own. We’ll structure the songs together, the guys will tell me to add or take sections away for example, but the lyrics are based on my experiences alone really.

OH CAPTIVE: I like the verses in Motion/No Motion. Not even just for the lyrics. To me the verses in that song feel different to anything else we’ve done.

RYL: what inspired the lyrics of “Motion/No Motion”?

OH CAPTIVE: Motion is about feeling like you can’t do anything right. Like all your actions lead to the opposite of what you want. It’s also about realising that worry doesn’t help.

OH CAPTIVE: We were lucky enough to play some really good shows in 2014. Opening slots for Marmozets and Arcane Roots in particular were highlights, but our favourite shows are always the ones we play at home.

We don’t do them as often as we’d like but they’re always the most fun!

OH CAPTIVE: I don’t know really. We don’t deliberately try and make our music evolve. We started out just writing songs we liked and hoped other people would like them too. We still do the same now.

OH CAPTIVE: Live Fast is about not thinking for yourself, letting someone else make your decisions and regretting it when your life comes to a bit of a stand still.