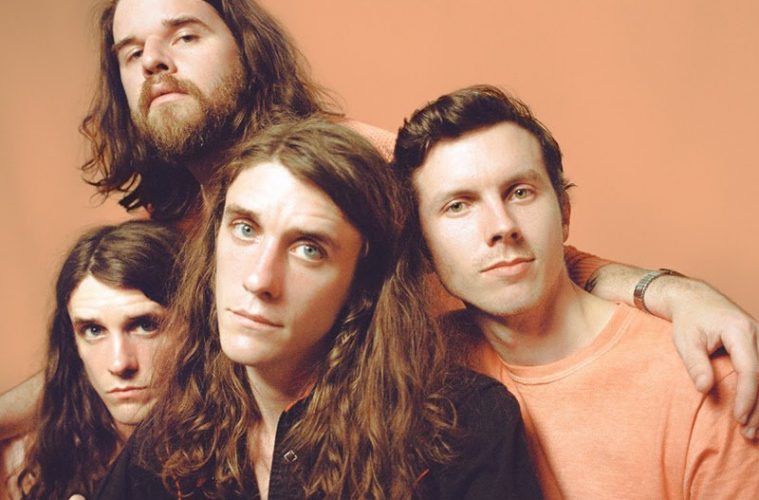 Two Moons – Interview with The Weeks

I try to write as much as I can, and write down any idea that comes across my mind, even if it is small. Sometimes Sam will give me a guitar part and I will build the lyrics around that, other times I have the melody in my head and bring that to him. I always carry a notebook with me and make a point to write down anything when it strikes me, whether that is something I hear, see, or just think on the spot.

Being genuine to whatever story your are trying to get across and that story being open enough for anyone to understand it. Also, sharing a feeling with a listener that otherwise you would have kept to yourself. I want to be careful that my lyrics never dictate what a song means to someone, so that they can interpret them however they like or need to.

I’m not, if this comes up in a song, it is everyone’s at that point. I don’t go around broadcasting all the personal parts of my life, but I also don’t shy away from discussing the topics of my songs or what influenced me to write them.

I don’t feel comfortable claiming what my own “best lyrics” are, and all of them are meaningful to me in different ways. If I had to choose one song I am really proud of, though, it would be “Chickahominy” from Dear Bo Jackson.

What inspired “Comin’ Down”, your latest single?

We tour around to a lot of different places, some of those being small towns, and we come from a small town. “Comin’ Down” came from thinking about those places and the way those people party and interact with one another. It’s mostly a party song about being oblivious to the world around you and just checking out.

Do you remember the day you wrote “Bottle Rocket”?

I don’t remember the actual day, but I used to walk around my old neighbourhood and sing little voice memos into my phone. I remember singing the first lines to “Bottle Rocket” and then getting barked at by a less-than-friendly dog as I walked by and got distracted. When I went back and listened to the recording I could hear the dog barking in the background of the memo, but I still really liked what I’d started. I took that to the band and we ran with it from there.

I was only 15 when we started the band, so I was still in high school when I wrote that  song. All I remember is sitting on my twin bed after school and writing the first verse and chorus and immediately realizing that is was different than the other songs we’d written at that point. I definitely didn’t realize it was something we would be still be playing 14 years later.

There are a couple of different themes. Mainly, things getting better and making it through something you didn’t think you could. And honestly, there are just a couple of party songs thrown in for good measure. I tried to cover some heavy topics but still make it something that was fun and accessible to listen to.

Our producer Eric Masse always gave his suggestions by prefacing them with: “If you hate this, you can punch me in the face.” So, I guess, working with a producer who gives you that option has its perks. Luckily, he never gave us any suggestions that merited this. We are eternally grateful for the way he helped us navigate this album and facilitate some of our wilder ideas.

What are your plans for the few remaining months of 2019?

We’re releasing our new album ‘Two Moons‘ on September 13th. After that, we will be touring for the majority of the year promoting that. Hope we’re coming to a town near you.