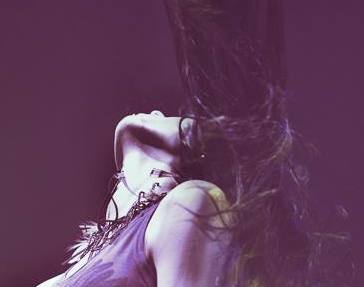 Sad Alice Said (https://www.facebook.com/Sad.Alice.Said) (http://www.sadalice.com), a Gothic Metal rock band from Ukraine, is currently in studio preparing their first LP that will be released, we hope, early next year.

If you will be in Europe this winter make sure you will go to see them live!

Alisa Shakor, their singer, answered to our questions…..

RYL: Let’s talk about the new album “Yesterday’s Tomorrow” released this spring; in your opinion which was the main achievement you had with its release?

Sad Alice Said: The main goal was to extend the range of our listeners and allow purchasing the CD in different places of the world. Our first edition was sold out very quickly. This is success!

RYL: Why did you select its title?

Sad Alice Said: “Yesterday’s Tomorrow” is a compilation of our old and new songs. Hence, such a symbolic name.

RYL: You will be in tour this winter promoting the album? Where it brought you already and where it will bring you?

Sad Alice Said: In fact, we are preparing to record full-length album now, and actually it turns out to be the debut, because before we released only EP “Clock of eternity” and such a compilation album “Yesterday’s Tomorrow”.

RYL:  “Door in Autumn”  is a song part of your EP “Clock of Eternity” released in 2011, can you tell us how you wrote its lyrics?

Sad Alice Said: Ah.. I love this song. In fact, it is still quite oldish…

This can be understood from the words “20th autumn and all the same so sorrowful…”. I wrote it when I was 20 🙂 For me, autumn is always associated with farewell and birth of something new. It always changes and disturbing memories.

Sad Alice Said: Of course not. Otherwise it would be so unreal. Lyrics are born with any experiences, and my thoughts are always easy to transform into a song 🙂

RYL:  Who inspires your music?

Sad Alice Said: We are inspired by the whole world, with all its charms and negative sides. Nature, life, love, feelings, this is that always inspired us.

RYL: “Alive” is one of the most successful songs of the new album; how important is this song for you and what you want to communicate with its lyrics?

Sad Alice Said: By the way this is the only one song on the album lyrics of which wrote Pavel Lykhotvor. About immortal and incredibly strong love, such love can live only in the hearts of unreal creatures.

RYL: In your song “Open your Eyes” you are saying that there are “millions of eyes that lie” , are you referring to something in particular?

Sad Alice Said: Among humans is almost no truth, that’s what I meant 🙂

RYL:  Tell us about Ukraine and its metal music scene, how your band does contribute to the growth of it?

Sad Alice Said: Here in Ukraine there are a lot of talented bands and musicians. But almost no support, so it’s very sad.

People hardly go to concerts. They lost this romance being at a live concert. Internet has captured the world, YouTube rules. I think this is a problem not only in Ukraine but also in many other countries.

RYL:  Until today, who gave you the best advise in your career?

RYL: Can you tell us your biggest dream as of now?

Sad Alice Said: Probably to be heard and bring a lot of light to this world 😉 It’s important to carry with us something good for people.

RYL: What your fans should expect from you in the next twelve months?

Sad Alice Said: At least we can promise a new video, new songs and more shows in Europe!