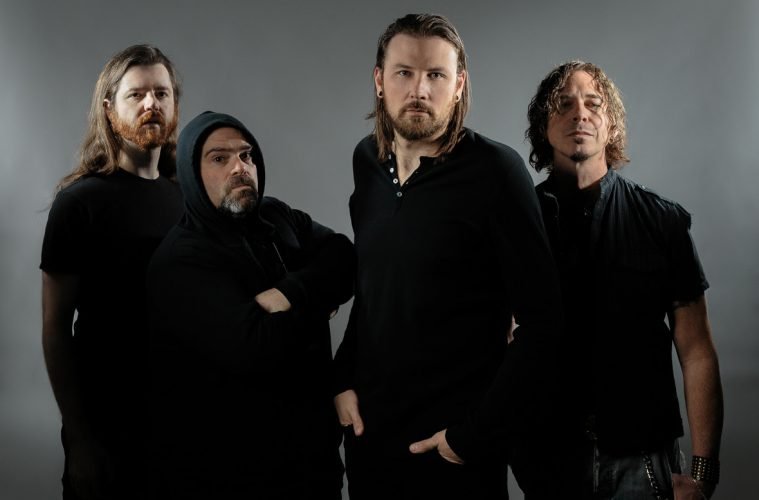 How do you usually write the lyrics of your songs?
Sometimes an idea for a song starts with a vocal melody or lyrics. Sometimes I’ll sit with the scratch track of an instrumental of a song for a while, listen and soak it in, until something speaks to me.

In your opinion, what is the most important thing in songwriting?
Being genuine. Telling a story, or inspiring. I also like lyrics to be slightly ambiguous, letting the reader/listener decide for themselves what the meaning is.

Are you ever scared of revealing aspects of your personal life/experience to strangers through your music?
In a way. It’s not necessarily an “afraid” thing, though. It’s more about keeping that separation as well as being ambiguous enough to let a listener define it for themselves.

What is the best lyric that you ever wrote (the most meaningful for you)?
One of my favorites is a lyric in a song from our ‘Sunset Wasteland’ EP. It is “if comfort is closure, I’m uncomfortable to say the least”. However, I think one of my proudest and most important lyrics is in our song ‘Virus’:
“From rags to rich, the great divide
Misguided youth, a sweet decline
For comfort now, the truth must bend to spin the webs that we weave
We have come too far, we must understand that
We’re the virus of the world and only have ourselves to blame”

What inspired “Dark Room”?
Feeling alone, struggling with depression, thoughts of suicide. Being in that dark place…lots of people have dealt or currently deal with that every day, myself and many people I know included.

And “Unbreakable”?
Our band went through a lot in the 3 years it took to record this album. Having gone through it and come out the other side stronger, we feel like this band and our bond really IS unbreakable. The tragedy in our hometown Las Vegas on October 1, 2017 and the days that followed inspired it too. We saw people in this town do some incredible things to help those in need, and I’m really proud of that. VegasStrong is a real thing, and “Battleborn we’ve become Unbreakable”.

Do you remember the day you wrote “Karma”?
I don’t remember the exact day, but I remember how I felt and what inspired it. I’ve seen some pretty bad people do some bad things, ruin good people around them, cause unnecessary drama, etc… And I feel pretty strongly in the reality of karma and “what goes around, comes around”.

Is there a link/a common theme among the songs of the new album?
Not necessarily, they all have their own story. However one could probably link them together somehow.

What is the best suggestion your producer gave you?
We actually didn’t work with a producer. This album was 100% written, produced, and recorded by the band.

What are your plans for 2019?
Promote the new album, tour, and make some amazing human connections.

Define in one word: