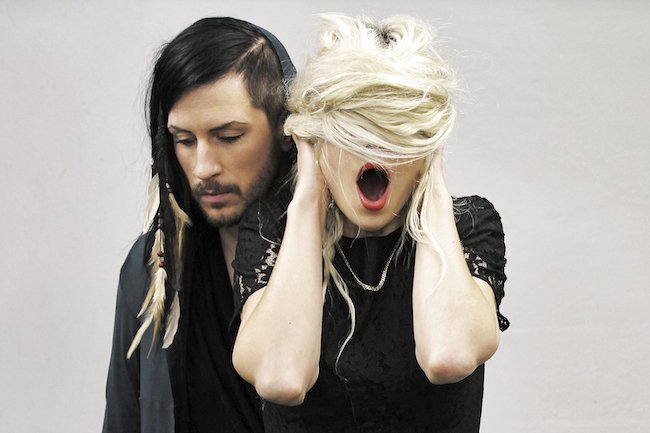 UNDERSVIK – interview with The Deer Tracks

RYL: Tell us about “Undersvik”, what it does mean for you?

THE DEER TRACKS (http://www.thedeertracksmusic.com) : Undersvik is the title of a collection of songs we wrote and recorded in an abandoned school building last winter. The name Undersvik comes from the small village where the school is located.

If you translate Undersvik it could mean something like ”wonders bay”. A place for us to find shelter and explore where our creativity would take us.

RYL: What does inspires the lyrics of your songs?

THE DEER TRACKS: Everyday in the studio starts as a blank page, with nothing and the possibility of everything.

There’s no need for preparations, we just go there and music and lyrics take shape. It might sound easy, but we put a lot of focus and energy in it.

So the lyrics are often about whats on our minds at that moment. The music might trigger a memory or just pure fiction.

THE DEER TRACKS: There’s no common theme more than the impact that the environment had on the songs. When I listen to the songs I get the feeling of winter and brown desert landscape. It wasn’t our intention, but it felt right.

RYL:  Do you remember how you wrote “RamRam” part of your album “The Archer Trilogy 1”? and what inspired “Bless the Waves”? the fan’s favorite song (according to Itunes)…

THE DEER TRACKS: We wrote and recorded ”Ram Ram” and ”Bless the Waves” in a cabin on the Swedish island Eggegrund.

I remember reading George Orwell’s ”Ninteen Eighty-Four” and that we watched The Fountain by Darren Aronofsky in-between the recordings.

It was early autumn and the wind and the waves were sometimes brutal, like they were in an angry dance with the island and that we were just a small parasite who made no difference.

THE DEER TRACKS: Right now, while we are working on the ”Undersvik” album, I like the song Northern Man.

It’s just one sentence throughout the song that’s repeating in various ways. The sentence is ”That was the sound of him, heading north”

RYL: Which song, among the ones you wrote, is giving you the great emotions?

THE DEER TRACKS: The song ”The Smallest Cube” is one of my favorites. It’s like the intro of a movie. I can see the cube in the feather moss, and there is just something magical about it.

RYL:  You will be touring outside Europe soon? tell us more about it…..

THE DEER TRACKS: We have plans to go back to Asia and some plans to go to South Africa during next year. 2013 was all about touring, and 2014 has been a well needed year of recovery and recording.

With Undersvik we feel ready to go out on the road again. We all have an itch from being away from touring this long.