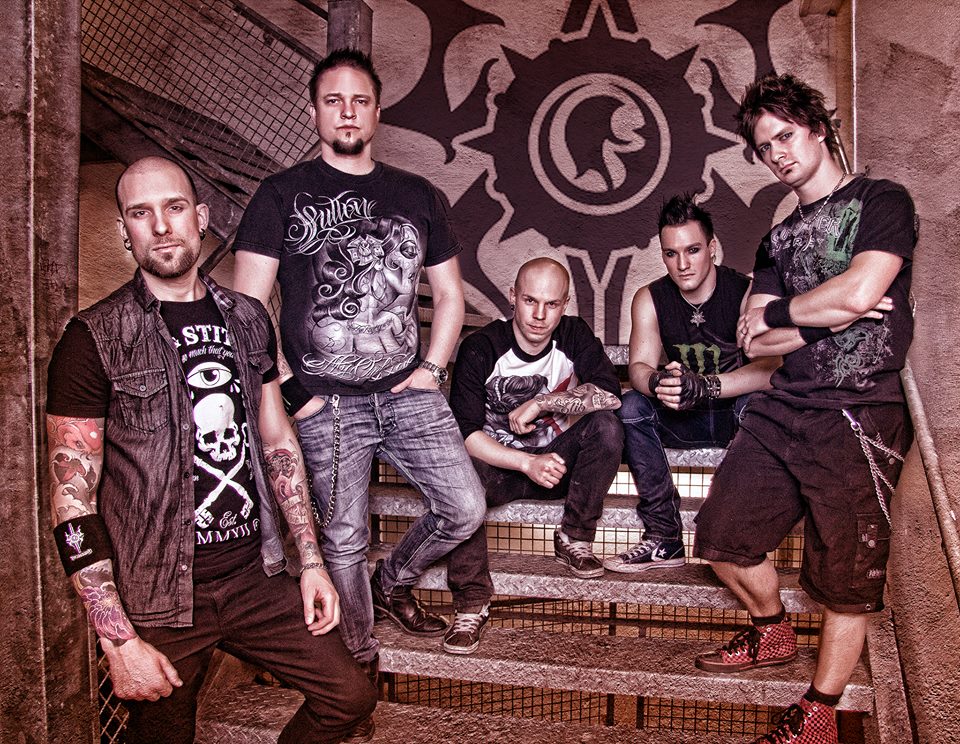 The Unguided – Interview with Richard SJunnesson

In the European Metal scene you must not miss The Unguided, (http://theunguided.com), a band that has its origin in Sweden.

Richard SJunnesson, vocalist and lyricist of the band, answered to our questions on the creative process behind their lyrics and on the future projects of the band

RYL: How important is to be UNGUIDED in your everyday’s life?

RICH: It’s always important to be unguided in your everyday’s life since it means you are in control of your own fate. Obviously a lot of people do not seem like working everyday like the average Joe is considered free, but I think there’s always a choice. If you hate your job, quit it; find a new one, or do something you like instead. It’s up to each and everyone to make important decisions in life. Whatever you want to be a burger flipper or rocket scientist, there’s most likely always a choice and a path to reach just your goal. A lot of us are blessed with the luxury of being born free, so go ahead; follow you unguided heart and become the master of your own destiny.

RYL: Your story covers several years of successes , which one do you remember particularly?

RICH: The recent years are what matters most to me. To break out of the bondage and unhealthy situation in the old band, to create The Unguided and put out “Hell Frost” with the people I love, is always what will be closest to my heart, in my musical life.

That we actually managed to pull something like this off and also witness how our new creation swiftly gained remarkable success, will always be the biggest moment in my carrier.

There was so much doubt in the air from all kinds of directions, but equally much love from the fans. Knowing that; with them on our side, we pulled through and delivered what we all are burning for with passion today, is a metal fairytale on its own.

RYL:  What about the regrets? Not being able to continue with Sonic Syndicate represented for sure one big stop in your career…

RICH: It’s was never a stop; it was up a window of endless possibilities really.

My only regret is that I was too nice and forgiving to people that did not deserve it, one bit.

I generously opened my door, wide open, for people with ill intent. Which I today find troublesome; but it taught me a valuable lesson. Rest assured that something like that will never happen again. If those doors would have been locked and barricaded many years ago, there’s a big chance Sonic Syndicate would still be worthy of its name, withholding the right kind of likeminded people, even today.

RYL: We heard long time a go the say: “Harder is the fall, Stronger is the Resurrection”; well, we can say that the success you are having so far with The Unguided is just fantastic! The album “Hell Frost” had amazing reviews and it deserves them !

RICH: Indeed. I’m not sure if there was too much of a fall through, but it’s a nice philosophy. We had a lot of fans even before releasing any songs with The Unguided, people getting our symbol tattooed and such, crazy stuff.

If there was any fall it started years before we even got to think about firing up The Unguided really, because once I left Sonic the only journey I’ve had have been on is up, and it’s a steady upwards trend as well.

RYL: So tell us, when we should expect a new album?

RICH: Well, we are working out the details with our new label Napalm Records. But it looks like either an end of 2013 release or beginning of 2014 release. It’s not entirely decided at this point. What is certain however is that it’s recorded and will be unleashed with full force eventually hehe.

RYL: In your last EP titled “ Invazion” we particularly liked the song “Singularity”, can you tell us more about it? What inspired you?

RICH: Certain songs on ”Hell Frost” and the coming album are carrying a story. It’s a kind of metaphoric story of what’s been going on in my life the last decade, with whatever ups and downs. That particular song is about a rebellion, some parallels to the origin of Sonic Syndicate, namely the demo band Fallen Angels.

In “Singularity” the world is changing and has turned to a dark place, under the reign of machines.

The Unguided army and its leaders are fighting for their existence in this universe. The machines are supposed to symbolize today’s music business, whilst the organic characters are more of a freedom force, struggling for their survival against the synthetic “race”.

This war is taking place in the city of Zion, which was a human metropolis before it was overthrown by the machines. The inspiration behind the song is directly cut from what’s going on in the world today really. Small genuine bands are fighting for their survival, while the big labels are twisting and turning their bands into entities without substance, with the only goal to harvest money.

There’s so many good genuine bands ruined by greed. I’d like this song to be a battle call for the artists that still write music from their heart and resist the pressure from labels and managers.

RYL: Reading your biography, at a certain point, you are saying: we wanted to keep our song writing secret… why this choice?

RICH: I do think this refers to the fact Roger and I began our work with The Unguided while we still were in Sonic Syndicate.

It was not like we were going to flex it in the face of the other members. Well, not until we had a plan and idea of where we would take the whole situation at least. The Unguided was hinted upon once I left the band and in my official statement of why I left the band on my blog. Up to that date, no one, save from Roger, Roland and I. Knew about the band.

RYL: The covers of your singles/EP/ albums are just great,Who is the artist behind all of these?

RICH: The artist’s name is Kuang Hong and he’s a Chinese graphic artist. We have something really nice going with him and he’s making this universe come alive in his pictures.

There’s some really mind blowing pieces to come from this guy in the near future! We’ve also worked close with José A. Aranguren who did most of our singles up to date, like; Betrayer Of The Code, Inherit The Earth, Phoenix Down and Deathwalker. José is a Spanish artist and also the guy who did the debut album of Sonic Syndicate “Eden Fire” back in 2005.

RYL: Your fans are really loyal to the band, some of them they even tattooed themselves with the band name of logo, it is a sign of unlimited love…what do you do to stay closer to them?

RICH: We try to interact with them as much as possible via our social networks, where we ourselves, the band and its members, are running all the operations. We also tend to hang out with them a lot in flesh, when we actually are out making shows for them. It’s like a huge happy family were everyone is welcome!

They are really loyal to us and we try to make the right choices with the band, to make both them and ourselves satisfied. So far it looks like we’re doing quite the job and we hope we can keep them happy with the coming albums and releases. We are ourselves; very proud of what will come next!

RYL: Tell us  about your upcoming tour…Europe? World?

RICH: Our next step is a small tour in Russia and Belarus. Just a couple of dates but nevertheless the first shows there with this band.

This year will be a bit of the calm before the storm when it come to live shows, since the coming album’s touring cycle will not really begin until next year.

And also the year have been really busy, with the lengthy recording of the follow up to “Hell Frost”, and the fact that we utilized more than five different recording studios, before we were satisfied with the final result.

There are some Swedish shows booked and also some German ones. But other than that we are more focused on 2014.

RYL: “Betrayer of the Code” is the single that had, as of now, the most important success, why in your opinion?

RICH: Well, I’d believe “Phoneix Down” is our main single of “Hell Frost” a bit depending on personal preferences and taste.

But that’s our first video and also probably the most accessible song on the album. “Betrayer of The Code” however, this is where it gets a bit more interesting.

This song is in every sense an epic piece and way more challenging in every aspect than “Phoenix Down”, portraying more of our metal side in the band. The fans voted to have this song as the second video single and they helped us make it happen via a very successful “Pledge Music Campaign”, where they could purchase merchandise and experiences tied to the band and with every “pledge” an amount of the money went straight into the production of the video.

We reached our goal and the video was made. I’ve not seen anything like that in my carrier and I was very surprised that we actually pulled it off, since it really was just a shot in the dark. As said, our fans are very loyal and certainly the best fans in the world!

RYL: You are from Sweden, a country that always produced talents in the metal/rock scene…. who are, in your opinion, the Swedish young bands to be followed?

RICH: There’s plenty of up and coming bands from Sweden. My personal favorites are; “Beneath My feet”, “A Silent Escape”, “SPARK!” and “Hollowcall” to name a few.