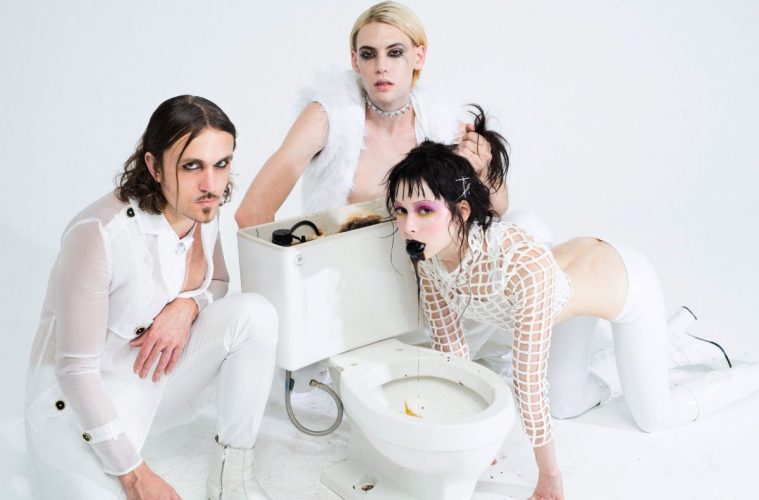 Uni have shared a new single called “Destroyer“. The band also has announced a spring tour with The Claypool Lennon Delirium. Dates are below. The band talked about the video:

“I write this letter from a fallout shelter below the wreckage of the earth in the year 2042. Some said it was the exploitation of the poor. The rich blamed the marxist revolt. Some say the feminists had turned their backs on the men, while others blamed toxic masculinity. Helter Skelter played its part. There were clashes of political ideology, religion, race and gender as well as environmental catastrophes. Hurricanes, draughts, earthquakes and wildfires ravaged the earth. Needless to say, the firmament didn’t hold and the nuclear war left nothing but ash. Now that humanity has been razed and only the mutants are left to wander, I reflect on what could have been different from within the walls of my concrete fortress, waiting for the rations to run out.

It was neither one of these factors nor all of them responsible for what happened. It was something older than the universe itself, embedded in every molecule exploded from the Big Bang and crawling as a single cell from the primordial sludge to the White House lawn. It lives inside all of us like reptilian DNA. It is dormant when ignored but spreads like fire when fed. It is a glutton and we willingly shoveled the fuel intoit’s filthy gullet, like a cordycep fungus controlling the brains of ants. It takes many forms but each are a manifestation of the single deadly entity. It is Destroyer.”

Uni is an experimental drug first invented by Austrian Physicist Dr. Alan Hoffstein in 1936. Hoffstein was seeking a cure for swine flu and when self-experimenting realized Uni allowed him to see layers of reality previously unavailable to conscious human perception. The formula for Uni was lost in the war when Hoffstein’s laboratory was bombed but is rumored to have been re-synthesized last year in New York City.