Unidentified – Interview with The Scars Heal In Time 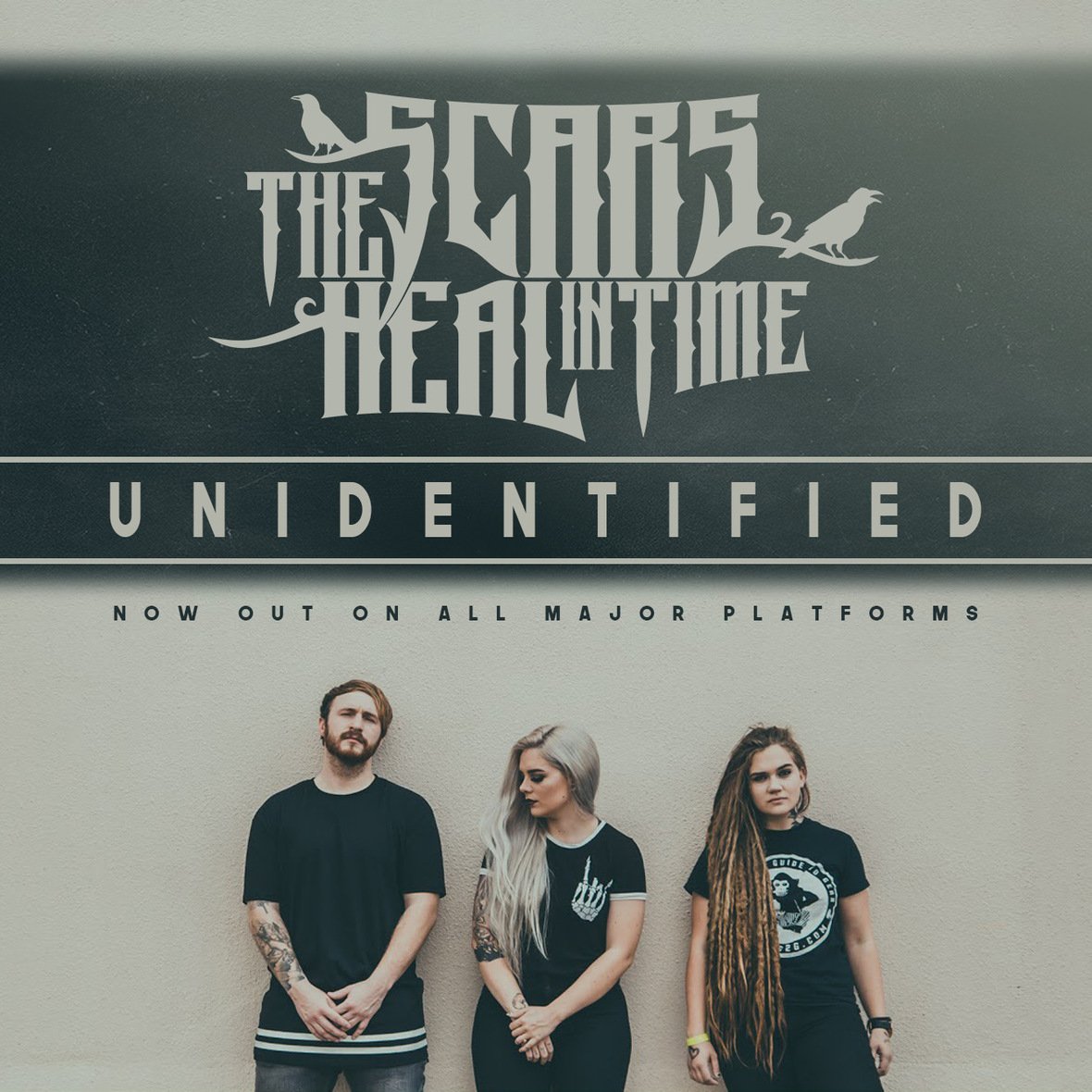 Your new EP “Unidentified” has just been released, can you share with us the most difficult moment of its preparation? Any crazy/funny behind the scene?

I think the hardest part of getting this EP together was the writing process.

I get really bad writers block and sometimes I just can’t write anything. And then something will happen I can write ten songs.

But I think the thing was the most difficult and also the craziest moment was when I texted our producer a week before we were supposed to be in the studio and was freaking out about not having the material ready.

He said to just come in and not worry about it and that we’d make it work.

So we did a lot of writing in the studio as a group which is so out of my element but it was awesome and we came out with this EP that we’re all really proud of.
How do you usually write the lyrics of your songs?

I have notes of little phrases or words that I like and then when I sit down to write I will pick through some of that and see if anything stands out.

I like to write about situations I’ve been through or can relate to and then try to leave it a little vague and open ended so people can relate it to their own situations.

That is so subjective. Musically I feel like grip is our best verse. Lyrically I really can’t decide!

Hair nation on SIRIUS radio was the soundtrack to my childhood. That’s the only channel that ever played in our car.

It has been a roller coaster. We have been a band for almost 8 years now and we’ve gone through so much but we are really excited about the team we have currently and we can’t wait to keep pushing forward.

What inspired “Lights Out” ?
We had the music for it and it came time to write the lyrics and we all were like man this just feels like a fight song.

Do you remember the day you wrote “I’m about to break”?

We had a tornado hit our house in the middle of the night and I went into the hallway and laid down on the floor and said “this is how it ends” which ended up being one of those phrases I mentioned earlier.

I wrote the song a few days later and for me it’s entirely about that day.

Not really because I know that music is therapeutic and a lot of people cling to it during hard times. And if my songs are able to help someone through something they’re going through then it’s worth it to me.

Grip was written about how sometimes in life   (and especially in the music industry) you have those people who seem too good to be true and they promise you all these things but it turns out they were only taking advantage of you and using you for their own benefit.

That’s a hard question too!

I feel like opening for the Misfits is a big one for us but as far as the people who were there to see us it would have to be a toss up between The Riot Room in Kansas City and Taco Tuesday at Hero’s in Ft. Smith Arkansas.

The people in those cities are so insanely supportive of them and we always have a great time when we come through!

Lots of touring and writing.

We kick off a six week tour in a few days and can’t wait to get back out on the road! Be sure to check out our website for dates
http://www.thescarshealintime. com/tour/