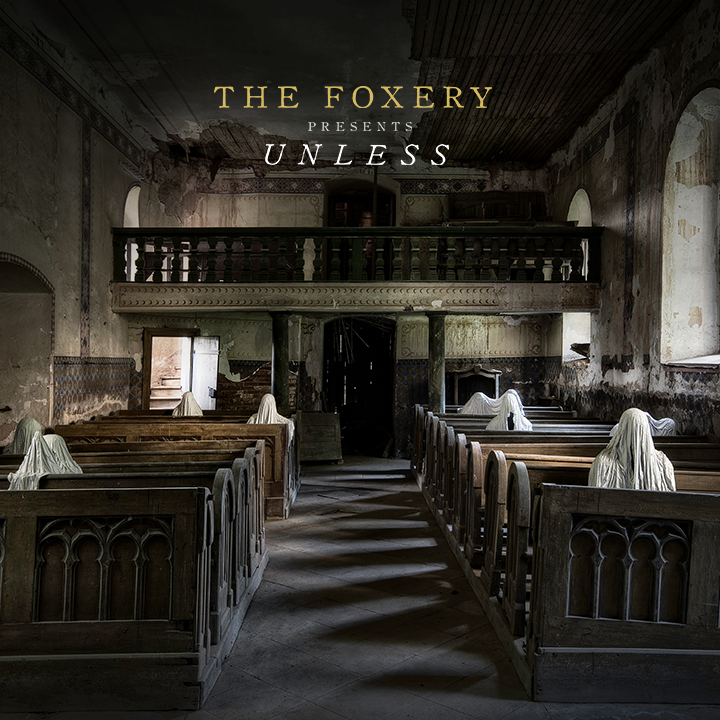 UNLESS – interview with Cadillac Young – The Foxery

RYL: Your album “Unless” will be released in few weeks, how long did it take to prepare it? Are you satisfied with the final result?

THE FOXERY: All together from initial conception to finished product took a little over a year. It started as an EP of just really heavy riffs and then we just kept adding in all of these soft, pretty parts and it grew into a full length.

We’re completely satisfied with the final results. It’s a really good starting point. This is the first release with the current and final line-up and it was a perfect product of where we were and what we were feeling at that time.

THE FOXERY: This one varies from week to week or even show to show but I’m gonna say right now it’s “The Filth.” Steve’s going nuts on the whammy pedal and I’m getting down on the slide guitar and it’s just a really controlled chaos that is pretty fun to execute live.

THE FOXERY: In the grand scheme of things, each song is a different evolution of the same idea.

It starts out really dreary and full of diffidence and continues down a dark path and it isn’t until the last song that a truly, confidently positive note is touched on.

It’s all about finding that place but we spend most of the record looking for it. It got pretty comfortable down in that hole. Haha.

THE FOXERY: Someone throws out an idea for a lyric, someone else tries to write a poetic line based on that idea, someone else re-writes it to make it fit whatever song we’re working towards and then we do that for each line of every song.

I’ve never been in a band before that writes like that but we do it so well.

We even let people sit in with us while we write sometimes which some people cringe at the idea of because we take what is usually such a personal and private thing and we all just critique each other’s ideas and build off of them.

No one comes to the practice space with a totally complete thought. That would be too comfortable to get to work on it all alone and try out things that might suck by yourself.

Nope, we wanna all be together when we suggest that super embarrassing idea of doing a 4 part falsetto harmony while we all play tambourines. (For the record, I stand behind it being a great idea, Travis. I’m sorry they voted against us.)

But yeah, we always leave room for everyone else to build upon our thoughts. It may even end up being a completely different idea when it’s done but that’s the way the cookie stumbled.

RYL: Is there a verse of one of your songs you like more than the others?

THE FOXERY: My favorite verse of any song is the first half of “The Gnashing II.” We had my brother, Jake Snider come in and do guest vocals and we told him, “the song’s about being in a dark hole and trying to find peace and comfort in not knowing anything, now write whatever you want and here’s the day to be at the studio.”

Well, he’s the gosh darn poet laureate of my heart and he didn’t let us down. 🙂

RYL: Tell us everything about the song “Patmos”….

THE FOXERY: It’s all about wondering whether anything is real, what “real” really even means and then deciding that it doesn’t matter. If you feel something, you feel something. It’s kind of like the first time you watched The Matrix and you’re like, “Whoah.

What if I’m not really living? What if I’m just imagining that I’m living.” Or when you reach an age where you finally give in to the fact that pro wrestling is fake.

But really, who the fuck cares and why? It’s real to you, damn it. The feelings it elicits from you are still important.

THE FOXERY: Of course. We had a specific friend in mind that had been going through some really life altering things.

He went to college for 5 years to work a job that made him a decent amount of money but brought him no happiness and he just wasn’t feeling very positive. Then one day, his co-worker, an older gentleman, had a heart attack and died in his arms on the job site and he thought, “Holy hell. That could be me.

I could just continue to be this unhappy person until I die. I’m sure that dude didn’t foresee his life playing out like that when he was 20.” And our friend luckily took that as a motivator to find something that made him happy and get paid at the same time. So what we got out of it was that one man’s treasure can be another man’s trash.

What we were told to grow up and work towards doesn’t work for everyone. It doesn’t hurt to find out for yourself but don’t let yourself feel stuck. You can walk 10,000 miles in one direction and one day decide you wanna start walking in another direction entirely and that’s okay.

We’re all broken in our own ways so find out what you’re good at carrying and leave everything else for someone else to carry. It doesn’t matter what you’re carrying as long as carrying it gives you a sense of fulfillment.

And stop carrying the burden’s of our forefathers. It sounds kind of jumbled as I write it out but it all made sense in our heads.

RYL: What is the meaning behind “Crawl”?

THE FOXERY: For as much as I just babbled on about “Broken Vessels,” I’d rather leave “Crawl” up to the listener. I’ve already said too much.

THE FOXERY: Doing it for the right reason. A wise man once said,  “Do what you love.” If you love what happens to be cool, then do that, but don’t do what’s cool to try and feel cool.

It shouldn’t work that way. Do what you love and try to make that what’s cool. And when I say cool, I mean, genuine and awesome, not “approved by the popular ones”.

RYL: Will you go soon in tour?

THE FOXERY: We’re planning on touring our bottoms off. We want to play every house, venue, and street corner that we can.

We’re gonna be doing a tour of the south east this November. And hopefully eventually some of our favorite bands hear us and decide they wanna hang out with us and take us on a 49 state tour of the country. Leaving out Indiana of course.

And we’ll definitely plan a tour around our trip to play the Late Night show with Stephen Colbert!! So be watching out for us!

We’re coming for ya!!