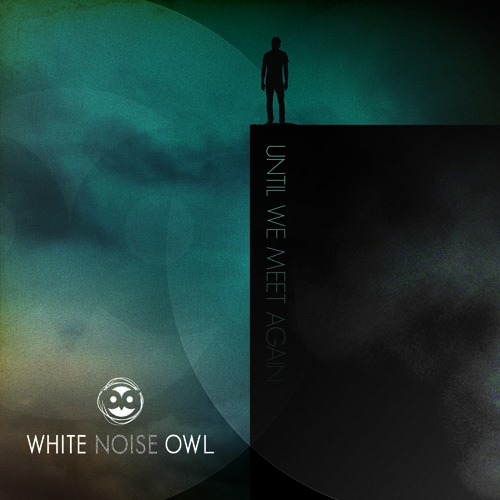 Pete Murray, vocalist of White Noise Owl (http://www.whitenoiseowl.com), told us everything about the new EP and more!

Discover it all with us….

RYL: Your debut EP “ Until We Meet Again” has just been released….. what it does represent for you lyrically speaking?

WHITE NOISE OWL: I feel like I’m becoming more of a looking bird at this point in my life and less of an eating bird. I’ve learned to breathe. I’m less reactionary. I’m making observations, not accusations.

RYL: Our favorite song is “Bomber”, tell us, how have you written it?

WHITE NOISE OWL:Ha, well maybe not so much with this one. It’s a song about energy vampires. I was looking at one of those old RAF posters that had a P40 on it – you know the WWII warplane with the crazy jaws on the front.

For some reason I thought of certain people in life who seem to only thrive with drama, even when they’re lives are going “perfectly”. I likened them to a bomber making a straffing run – shredding everything around them. Random.

RYL: Do you have a special way to write the lyrics of your songs?

WHITE NOISE OWL: I can’t force them. If they’re not coming, listening to a song over and over isn’t typically going to help. I usually give a track a few listens and most commonly, the first line of the song pops in my head and off I go. For some reason the first line of every song on this record came to me in the shower.

RYL: Which is your favorite verse (of one of your songs)?

WHITE NOISE OWL: I love the line “it was anarchy in the streets of my thoughts” in End over End. My mind has been total chaos most of my life. Working to get it under control has changed everything for me.

RYL: “End over End” is the first single and already obtained a great success….how is it playing live? What inspired its lyrics?

WHITE NOISE OWL: WNO isn’t my first rodeo. I had a kind of “here we go again” moment when these songs really started coming together. Music is an extremely important part of my life but it’s a loaded bag man.

There’s plenty of gold in there but there’s also loose needles, dead fish, flaming bags of shit, you name it.

RYL: what “Are You Breathing?” represents for you?

WHITE NOISE OWL: “To breathe is all you really need.” That sums it all up. It’s all about perspective. Bottom line is we really don’t have much to complain about. There are people in this world who have it so much worse. If you’re breathing, you’re winning. It’s that simple. I don’t need to throw a wedding at Versailles to feel like I’ve accomplished something.

RYL: Summer started, are you guys going to be on tour? When we can see you?

WHITE NOISE OWL: We’re working that out. We’re also trying to finish a full record. Lots to do!

RYL: which is the rock song you really don’t like?

WHITE NOISE OWL: Ha. I don’t care for “Welcome to the Jungle”

RYL: and the one you love?