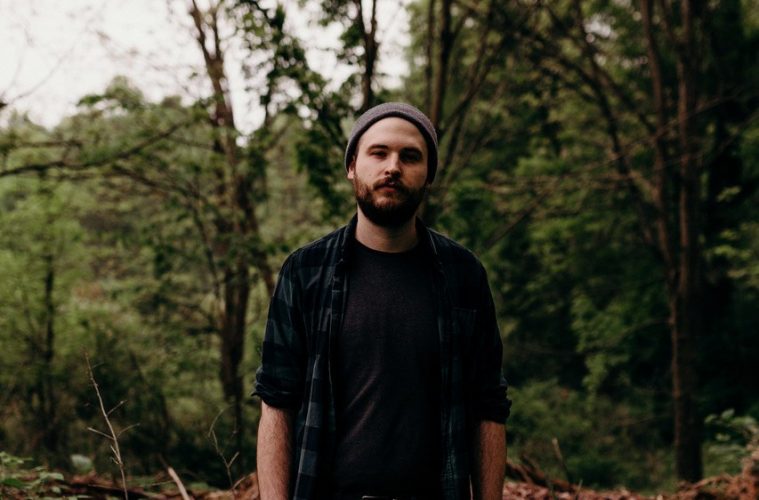 Up On The Stage – Interview with The Blue Winter

Usually I try to write based around a specific idea that comes up naturally. Sometimes I’ll be in my car, and I’ll be thinking through or processing something, and I’ll come up with a single line of words, and then I’ll try to write based around that idea. A lot of times I try to be as ready as I can at all times to write down an idea, and then jump off it later when I have more time.

The most important thing in songwriting to me is having a song take you somewhere. I think a lot of my favorite songwriters have this uncanny ability to write songs where it feels like they pull me in with the lyrics and music together, and I’m not just listening anymore – I’m feeling something with the author beyond music. It sounds kind of cheesy saying it that way, but it’s true. Songs that have impacted me the most are the ones that I can truly identify with and understand so clearly what they are talking about.

Sometimes yes, but most of the time no. I think a lot of the songs I love are the ones that are super honest, and make you feel something along with the writer. That’s the kind of music I want to create. On top of that, I think most situations that I could ever write about, somebody somewhere has experienced something similar, so I know that I’m not alone in it.

The best lyrics that I think I’ve ever written are part of a song that comes out later this year (haha so tune in to hear that song). No but seriously, I wrote a song called “Be Better” and it’s about a lot of personal stuff that I deal with a lot. Honestly the song doesn’t have a lot of fancy phrasing or cool metaphors, it just describes what I’m feeling super well, and I feel those emotions every time I sing it.

What inspire “Up On The Stage”, your latest single?

I’m definitely an introvert, which seems to be pretty strange for a lot of musicians. Performing and selling the things I do is always a struggle because I don’t really want the attention that comes with it, I just love playing and writing music. Because of that, a lot of times it seems like I have to kind of be somebody else when I’m around people. When I started thinking about that, I realized that situation of trying to be somebody else happens a lot for me even outside of music, and I think a lot of people feel that too.

To me, and this is direction I’ve received from one producer I work with, the best thing a producer can do is help you identify the vision you have for your song, and bridge the gap between what’s in your mind and the final product. So, the best suggestion that he gave was really just to pick your song apart, try to understand exactly what you want from it, and then build back up to be the best song it can be.

I’ll be releasing a song a month (with some other content, too!) throughout all of 2019.