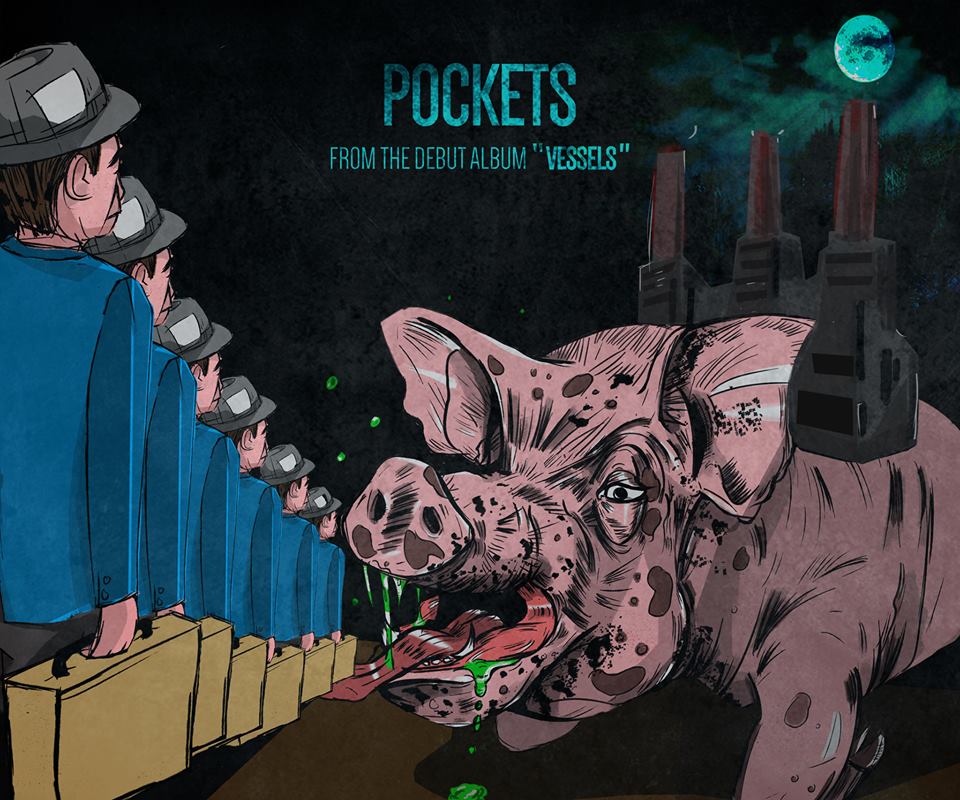 RYL: “Vessels” is the title of your last album ; are you happy about the feedback you have received so far? What it does mean for you lyrically speaking?

Vessels is a collection of thoughts, feelings and actions that come from within our blood. It’s something that comes from within and reflects the times we’ve shared and is directly bonded to where we are going. We have a path and it’s based on our “Vessels”.

Time will tell where our path ends?

RYL: What “Pockets” means for you?

Pockets is a call for freedom, an angst for something more… A frustration from the monetary and mundane.

Everything comes from a reaction, a feeling or a basic instinct. We all have different worlds and expectations in life.

But the consensus is clear, not everyone is happy with everything and we’re not afraid to weald the axe…6 string, 4 string….Whatever 😉

The song thats really striking people’s hearts so far, after showing some close friends and family is “Statue”, the only acoustic song on the album…and we’re excited to see what people think about the flip-side of Cute Cute Death.

The particular song is written about being in the centre of something and feeling completely unheard. Something I’ve personally lived through once or twice. So sometimes the song can really hit home.

I always make sure I have a pen and paper, a laptop or a phone close by to write, jot or video little pieces of the puzzle.

Sometimes it takes a few practices of ironing out vocal rhythms with the instruments. When the structure changes sometimes I have to scratch out whole sentences.

It varies… If I’m really inspired by a subject or idea, i’ve been known to smash out songs in half an hour! If your head’s in the right place, it all falls into place.

RYL: which is the craziest thing you have done for music?

Probably the fact that Johnny and Wayne moved from South Africa to the UK to be in a band here… if that’s not dedication to the craft, what is?
I once bought a 32 Channel mixing console second hand so I could mix projects in my front room. It dominated…It was pretty stupid. Luckily I swapped it in for some good active monitors!

“Sometimes I feel like…I’m floating on a boat with no sails” – taken from “ALARM!”

The last song we wrote was “Vessels” it was a complex song and at first I had lots of mixed emotions around where to centre the focuses and lyrics. It took time to come up with a strong melody and theme, but in the end, I feel the outcome was as powerful as I could hope for. It burns right down to the core, the basic makeup of life and limbs.

“At the end of August, the end of”…. we’re going on tour up North…So we’re looking forward to some new crowds…We’ve heard from mates in other bands there is a strong Metal scene so we hope people like what we have to offer!

Look out for our tour dates on our FACEBOOK, BANDCAMP, TWITTER, REVERBNATION and BANDS-IN-TOWN… 17th-23rd AUGUST STARTING IN GLASGOW and heading south…
Check us out and come say “Hey” at a show near you… 🙂 BIG! Love, from all @ CUTE, CUTE, DEATH!