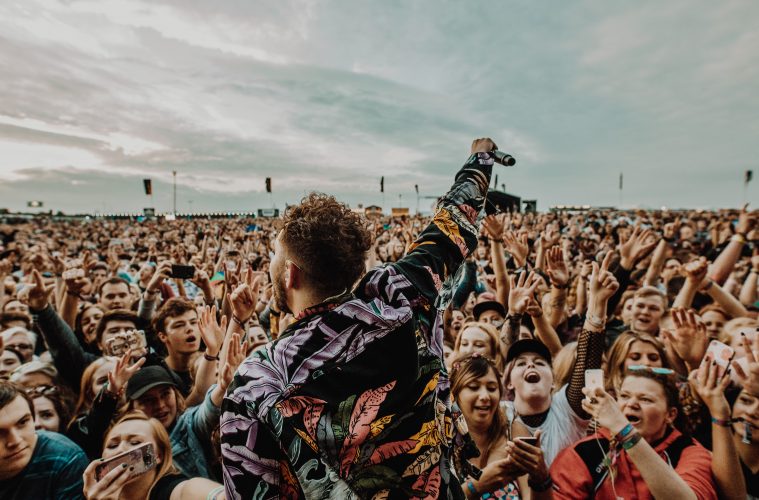 VI – Interview with Josh Franceschi – YOU ME AT SIX

rockyourlyricsDecember 7, 20180 views
Rock Interviews0 views 25 min read
How do you usually write the lyrics of your songs?
It really depends. Sometimes on my phone or with voice notes. Or sometimes I like to get in the booth and free flow off the cuff for say 6-8 passes of the song. Our producer will then fire over the session and I’ll build a song from that. Additionally, sometimes I’ll just do it all from top of my head and in the moment.
In your opinion, what is the most important thing in songwriting?
To be honest. Honest with yourself and furthermore to be honest with the potential listeners. It’s your chance sometimes to say things you wouldn’t normally have the courage to say. I find it a very cathartic process.
Are you ever scared of revealing aspects of your personal life/experience to strangers through your music?
No I gave up on being scared of anything a long time ago. I’ve been great as a person, I’ve been not so great as a person. I’ve shown my best and my worse. The only thing I’m scared of is dying or not having a legacy that means anything after all this time. I think my journey in music has only really just begun.
What is the best lyric that you ever wrote (the most meaningful for you)?
Think I hit a sweet spot on a few occasions. But most recently a song called “IOU” on our new album VI.
Let’s talk about your new album VI, Is there a link/common theme among all its songs?
No, every song is its own island. Only common denominator between them is that it’s You Me At Six.
What inspired the song “Back Again“ on VI?
Recovery. By that I mean the recovery in which you fall in love with yourself again. Fall for the idea of life again. We all have our own journeys and our own hurdles to overcome but there’s no better feeling than feeling like you’re back.
And “3AM“?
That sort of halfway house between knowing what you want and what you don’t.
Do you remember the day you wrote “Predictable”?
Yeah, this is one of those songs I wrote nothing down. It was about 4 in the morning. The lads had been jamming this idea for hours and I was in a very angry place in my life. So many around me who I’d let in had really let me down. Even from line one I knew. I’m saying this one time, hope they listen because they ain’t ever getting anything else from me.
You Me At Six will be playing North America in early 2019. What are your plans for the months after that?
Honestly I don’t know. I might stay out in Los Angeles for a bit and work on some music. Depends. But hopefully just some more touring. We have some massive festivals in the summer so looking forward to that.

You Me At Six – Back Again Tour 2019 North American Dates: