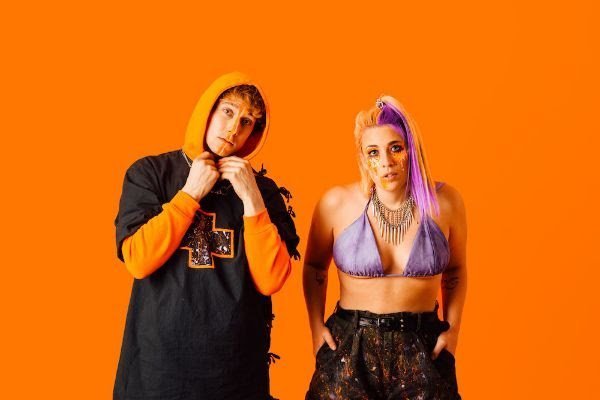 Ayrshire, Scotland-based band Vukovi are sharing a new video for latest single “Behave“. With a passionate aim to promote inclusiveness for deaf fans and disabled music lovers over the world, the band have enlisted the assistance of an animated signing interpreter.

Wanting to debunk the misconception that deafness prevents the appreciation of music, Janine Shilstone and Hamish Reilly, who make up Vukovi, decided that a lyric video using only sign language would be an apt way to help the cause.

Speaking on the video, the band said: “The whole message behind Vukovi is inclusivity. Anyone can be a part of Vukovi and we’re always thinking of ways to show that to people. Rather than ‘yet another lyric video’ we decided to create something that would include another demographic of people that I feel are sadly forgotten about at times. We hope you all enjoy“.

Speaking on the release of new single ‘Behave’, singer Janine Shilstone said: “‘This definitely feels like the start of a new era for VUKOVI. ‘Behave’ is about struggling to deal with too much, or indeed too little of someone, or something, depending on your perspective. It’s about challenging the situations we put ourselves in, written in the form of a frank letter to ones self“.

Keeping busy since the release of their widely-praised self titled debut album in 2017; with festivals under their belt including 2000 Trees, The Pit stage at Reading and Leeds, Y Not Festival, Slam Dunk, TRNSMT and more – plus support tours that include PVRIS, Set It Off, ONE OK ROCK, VUKOVI focused their energy throughout 2018 on writing and recording their second as-yet-untitled studio album, set for self release in late 2019.