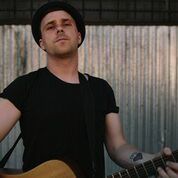 Are you happy about the feedback you have received so far for you new album Wedgewood?

Yes, so far the response has been great mostly, though I have ruffled a few feathers.  Someone wrote a very angry review the other day but you can’t please them all.

Lyrically speaking, what does Wedgewood mean?

Wedgewood is the name of the wood stove I was using to stay warm in the hut.  I was crashing in my friend’s hut while working out the record.

What do the lyrics for “Born on a Highway” mean to you?

What is the story behind the lyrics for “Here We Go”?

The Occupy movement.  Dissent.  Anger in the streets. Rising up.  That moment in a protest where things really heat up.  Global movement.

How do you usually write the lyrics and music of your songs?

Tell us everything about “Song From The Moon.”….

Like the other songs, it just came to me.  I gave credit to the moon.  It was a very large moon that night hanging low over the Berkeley, California hills when I wrote it.  I believe it was a super moon.  Anyways, it just struck me you know?

It took a couple years to actually learn and perform it.  When I write something I know it at the time, but then I have to relearn it and figure out how to present it and perform it and even figure out what it’s about.

My friend Graham Patzner accompanied me on it and really gave it some new life with his string section. 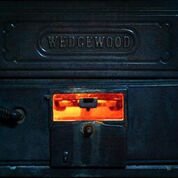 What is the most important thing for you while writing lyrics?  Where do your inspirations come from?

The last thing I need to do when writing is think. My words and inspirations come from out of the blue. Whatever the song is about is what inspired it.

I know it’s hard to choose, but what would you say is the best verse you ever wrote?

I would ask you that question. I like them all.

Which is the last song you wrote (not published yet)?

I wrote a love song about someone I dated 15 years ago called “Take Me Anywhere” a few weeks ago.

Tell us about your current tour and what’s next.

Right now I am in a coffee shop in Greensburg, PA and headed to Newport, Kentucky.  I’m touring the States singing my new songs.

I’m touring with Louise Distras, a fantastic singer songwriter from the UK.  Headed across the U.S. and wrapping it up in LA on July 9th.

I’ve been on the road since the middle of April so the first thing on my list when this tour is over is getting some rest.